A police officer with a remarkable talent for remembering faces has now identified more than 2,000 suspects.

West Midlands Police PCSO Andy Pope says he can remember faces for years and has even been able to single out wanted people wearing face coverings. 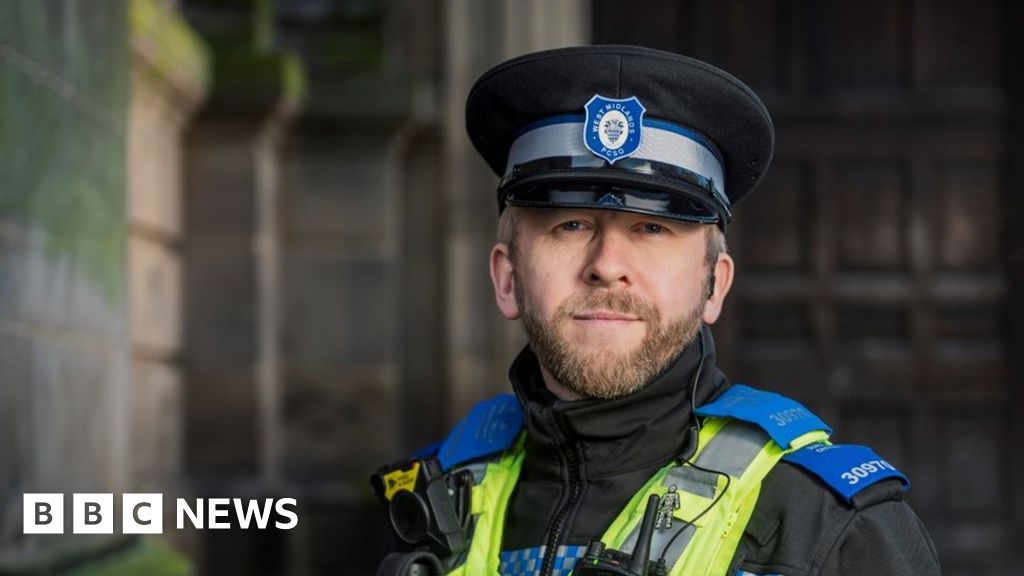 PCSO Andy Pope says his talent for remembering faces is "impossible to explain".

The organization mentioned in the article looks interesting:

The Association of Super Recognisers is the professional body representing those who possess the super recogniser skills around the globe. Via our licentiates scheme, you will be able to access the latest developments in the science of super recognition, browse job opportunities and contact other practitioners from around the globe who share your unique skills and abilities.

See also What do you think about the idea of "super-recognizers"?

This is a great story—also another example of using memory skills in a real-life situation, further to the thread here.

Would you regard that Andy Pope’s skills are something that anyone could learn (in theory) with the correct techniques? How do his skills compare to experts in names and faces?

I suppose it’s a different challenge has he has to recognize the faces but not necessarily the spelling of the suspect’s first and last names.

Pretty much everything in mental calculation, speed reading and memory seems learnable by someone with the right methods, tools and motivation, so I’d be surprised if this wouldn’t also be true here.

(me holding myself to not make a joke that mods will interpret as ‘political’)
Well I think I have this special talent because I am in some sense people oriented. It is just a matter of making spaced repetition with faces and then if you spot someone you have seen in your decks you say mmmmmmmmmmmmmmmmmmmmmmmmmm I think I have already seem this guy. Lemme check. One thing I ask myself is how this guy operates if in England there are millions of people

I have a feeling that it can be learned. In the other thread I linked to, it sounded like the super-recognizer spent a lot of time looking at faces.

The new boy on the beat in Greenwich, in London’s southeast, he would spend hours looking at the worn Polaroid prints of neighborhood villains on the wall. “I was drawn to those pictures,” he said. “I used to look at them all the time.”

I read about another study that suggested that difficulty with reading emotions in autism or alexithymia might be due to not looking at faces or altered patterns of looking at faces. It’s mentioned here.

In 2013, we tested the ability of people with alexithymia, autism, both conditions or neither to recognize emotions from facial expressions. Again, we found that alexithymia is associated with problems in emotion recognition, but autism is not. In a 2012 study, researchers at Goldsmiths, University of London found exactly the same results when they tested emotion recognition using voices rather than faces.

Recognizing an emotion in a face depends in part on information from the eyes and mouth. People with autism often avoid looking into other people’s eyes, which could contribute to their difficulty detecting emotions.

But again, we wanted to know: Which is driving gaze avoidance — autism or alexithymia? We showed movies to the same four groups described above and used eye-tracking technology to determine what each person was looking at in the movie.

By contrast, people with alexithymia, regardless of their autism status, look at faces for a typical amount of time, but show altered patterns of scanning the eyes and mouth. This altered pattern might underlie their difficulties with emotion recognition.

It isn’t exactly the same thing, but it seems like looking at faces regularly could have an effect on how good a person is at reading or identifying faces.

The article says he works at transport hubs in the West Midlands. The population there is 3 million. In this area (San Francisco Bay) the population is almost 8 million, and I’ve still run into people I know while riding the train — sometimes even on the same train car. If he spends most of his work days on the train I guess he would probably run into the many of the same people over time.