Advice on starting a memory club to benefit college students

I’m a psychology instructor at a community college with a background in the neurobiology of learning and memory. I would like to apply the study of memory in a manner that could positively affect my students. Specifically, I’m interested in starting a memory club where we discuss memory, the brain, and memory techniques. I’m starting with a general familiarity of memory techniques (more from an academic perspective than a practical one) and I’m curious to know if others have attempted a similar task - teaching memory techniques while learning at the same time?
My ideas are to have students practice evidence-based learning/memory techniques, which they can apply to their studies and to their lives in general. But, I’m also thinking that memory training for a specific goal might be worth while: for example, training for a memory competition (we would plan a trip and apply our practice, for example).
I’m new to this, so any advise, recommendations, or insights would be appreciated.

I highly recommend you to start this.

When I was still a student, I ran such a memory club at the universities I attend with a few other students, however never got to do something since I am researcher / educator.

Earlier this year I was the keynote speaker for Phi Theta Kappas main event (staged online) and got to introduce a few thousand community college students to mnemonics and found it quite interesting to discuss the applicability of mnemonics with some of them as their student experience differs quite a bit of what I see as a students in the classes I teach at my university.

If you think my experience is any helpful, I am happy to chat sometime over Zoom or such.

All the best
Boris

I used to organize a memory club in the Bay Area. At some of the events I would teach people how to memorize lists of facts like the US Presidents or bones of the body. It would take about 90 minutes for people to go from not knowing what a memory palace is to completing the memorization activity, including time spent walking around the memory palace (a park).

Another good activity that uses real information is to get some alphabet cards (like the ones in the photo below) to use as a peg list. Put the information you want them to memorize into a list and attach an image for each list item to one alphabet peg. 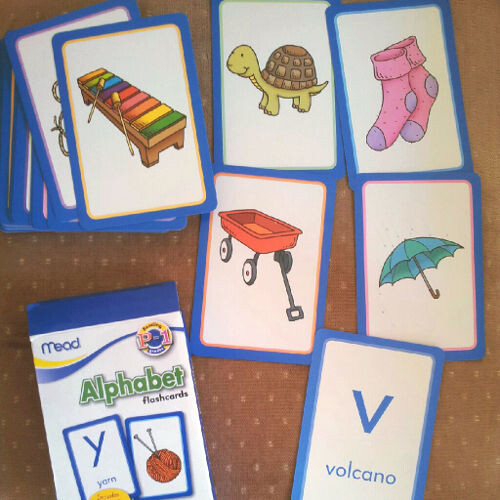 The periodic table is too large to memorize with an alphabet peg list, but you could pick another list of facts that relates to your class.

for example, training for a memory competition (we would plan a trip and apply our practice, for example)

If you haven’t seen it yet, it’s also possible to train and compete online with Memory League.

Thank you, Josh. This looks really interesting. This sparked an interest, so I’ve been using the major system to learn the elements. I started with 10 elements per day but after a few weeks I’m only at element 50. The challenge is keeping up momentum. We ask, what’s the point in knowing this information? Going back to the original post, I can say that I could use it as a demo/instruction in a club setting, and I will. I wonder, however, how you stay motivated? Do you set specific goals? Do you have something, like a tournament, to practice towards?