What techniques do you use to memorize Chinese and Japanese characters?

Is anyone learning Japanese or Chinese? What techniques or systems do you use to learn the characters? (including kanji, hiragana, katakana)

Are you familiar with this website? http://kanji.koohii.com/
The forum is full of techniques and tips on learning kanji and vocab more easily through the use of mnemonics and spaced repetition. I have yet to find a better source of information on the topic.
In my experience context is essential for learning vocab and grammar. The more true to life the context. For learning the daily use (Joyo) kanji, I used the Kanji in Context book, which was the best I could find at the time. You can easily add your own mnemonics to it, using the methods described in the well known Remembering the Kanji book series.

Anki seems to be a huge repository for studying Asian languages. … Other than that I have no idea.

The koohii site centers around a series of books called “Remembering the Kanji”. This book’s basis is the decomposition of characters into individual component, of which can then be combined into visual mnemonics. It’s a great book and there exists a version for Chinese characters too (both traditional and simplified).

There’s also a competing system based on the same idea called “Kanji Damage” (http://www.kanjidamage.com/). It seems to be a more “modern” version that doesn’t rely on biblical and otherwise outdated references for use as mnemonics.

There are two methods. I lived in China for a year and memorizing Chinese is nothing like memorizing a modern European or South American language. The first method involves memorizing the symbols based upon their similarity to various images. For example, the symbol for tree in Mandarin 树 kind of looks like two trees with a man in the middle. You could then use that as your mnemonic for that symbol, however the sound of the word “tree” in Mandarin “shu” must be either non-mnemonically memorized or memorized based upon a conversion language called “pinyin.”

In other words, the labor for memorizing a new word in languages like Japanese or Mandarin is actually doubled relative to learning a Latin based language, because the visual symbols in Japanese or Mandarin (i’m not so sure about ancient Chinese) are non-phonetic: They don’t give any indication of there associated sounds like English words do. The sound represented by the symbol “tree” is implied by the letters that compose it: “tr” - “ee.”

So you basically need to memorize two languages, one pinyin and one symbolic, and then you need to associate the two together. It’s quite a hassle tbh, and I highly suggest going to China yourself if you want to learn Mandarin. Plus, memorizing all of the words/symbols is only half the battle. The real struggle will come when you attempt and learn the specific tone that each word has. >:(

Tones aren’t really the challenge most people make them out to be. Four kangaroos doing four different things covers most.

Mah’s right about separating the sound of the word from the character and approaching these things as two separate learning tasks that you “glue” together later. If you know the radicals, then full characters becomes a lot easy because you have little hooks inside of the other characters. Plus, there’s sometimes logic to why certain radicals are in certain characters and this can help a lot in creating stories or developing basic recognition.

Overall, I think there’s zero point in using spaced-repetition cards or software of any kind unless you’re going to memorize the information first. Use the repetition as enforcement only. Otherwise, you’re wasting precious time that could be used to memorize more words and characters.

Worse, they don’t have a dedicated memory strategy that they use systematically in combination with the other big four.

I’ve successfully finished learning how to write more than 3000 characters using the “Remembering Traditional Hanzi” books (Chinese targeted books by the author of the Japanese-targeted “Remembering the Kanji”). In fact it was my third attempt to do it and only this time it was successful, mostly because of what I’ve learned about mnemonics on this site. Most of the criticism of “the Heisig method” (after the name of the primary author) comes from a lack of understanding of either the method or of its goals.

The Heisig method is a specialized tool. It also is not suitable for the “I just want to know how to order three coffees” type of language learning. It is an investment that pays off on the later stages of your studies. In fact, the higher is the level of the vocabulary you are studying, the stronger you feel the advantage of making the investment. A student that had completed the RTH/RTK course is often compared to a Japanese person studying Chinese (or vice versa) in that they still have to learn the grammar, pronunciation and a lot of words, but they already know all the “atoms” of meaning that combine to form the words. In many cases you can just easily guess the meaning of a previously unknown word.For example what could be the meaning of a word that is written “danger-perilous”? Yes, it’s “danger” (危險). Even if you can’t guess the meaning, it’s still very easy to remember. For example, take the word for “fax”, that is written in Heisig terms as “spread-truth”. It might not be easy to guess, but once you’ve looked it up it’s very difficult to forget.

The only problem with Heisig and Richardson books lies in my opinion in their tendency to not explain the reasons behind their recommendations. But their target audience are the “tinkerers”, the people who aren’t satisfied with just following some set of directions, the people that are going to try to change and adapt and mix and match, trying to make their learning more efficient. This is great, but without sufficient basis the students may easily throw away some very important parts. For example, Heisig and Richardson strongly recommend to learn how to write the characters (going in the direction from English keyword to the character), even if you don’t plan on writing a single character in your life. Only after I’ve read Richardson’s paper on the Hanzi literacy did I understand the reasons behind it. But no such explanation is provided in the books and many people throw away this requirement (and encourage others to do the same).

I had great fun placing these beautiful characters in loci in my own personal way :

click on any one of them, there is more! Cool, no ? I complemented them with my assimil characters but any method wouldve done just as good. Once started with the first ones, it became so much easier…

oh man and imagining drawing them here and there for review, very fun ! Chinese ink in human brain

Yes I think using the Heisig system combined with a series of memory palaces is the way to go. This is the method advocated for my NihongoShark and seems to have some success. Read full details here. I’m several hundred Kanji in and am trying to be done in under 100 days.

i know this is a very old post but do you have a link to that paper i cannot find it anywhere.

How to use memory palace for Chinese characters Language Learning

In addition to that I find the following useful:
Write the character in the head, painting it slowly, and trying to keep the entire character with all its part in my imagination at the same time (tends to become less clear and concrete). Once it is painted in the imagination, play with it, change colour, put it upside down, rotate it slowly, etc.
I think it is useful to paint each character in the imagination as if using a brush, not a ballpoint pen, to make it richer. Imagine the ink as a liquid flowing, feel the texture of the paper, even the sound it produces, give it personality.
When writing many times a character for the sake of practicing (typical homework), do it without looking at the previous characters, but entirely from memory. Perhaps even using another sheet of paper to cover what has already been written.

I think it is absolutely necessary to be able to describe a character using only words, without gestures of the hands. That is one of the reasons I find the method that I posted above useful. Instead of saying “on top something like this (and a gesture of the hand)”, I say, on top there is a “Gollum”.
Obviously this only is useful for myself, not when I am talking with others, but it helps to memorize.

@Drawkcabesrever
It’s been some time, so I’m not entirely sure. This might be the paper that I had in mind:

(reposted to include user reference) 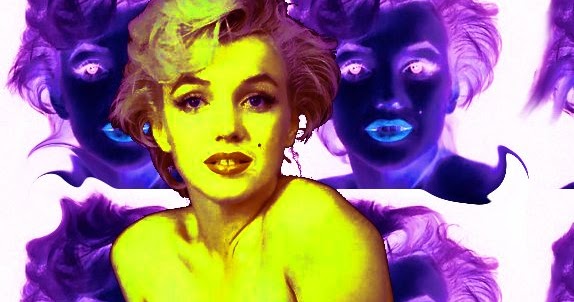 Update: This is the Marilyn Method for memorizing the pronunciation of Chinese characters. The method has generated enough interest that ...

I am learning to read, write and understand Japanese since last year off and on. The website I use and the memory techniques which I have used are not mentioned in this thread hence mentioning here for future readers. These websites helped me a lot as they use SRS and memory techniques to make the learner remember by process of repetition and mnemonics.

I am just starting with Japanese, and have enrolled with a real people learning group from this month to practise conversation and study in a group.