Hi guys, I am back

Been experimenting with shape system, and ben system, which I am publishing right now. The 1352 shape system is already made public in https://artofmemory.com/app/ (it is paid membership unfortunately). The 1352 ben system will be on this page. Be warn some words (and pictures) are highly aggressive and can be R-rated (sexual ^.^).

Note: I got the motivation from

I claim no authorship on this information below, I’m only presenting this to the community as I spent a little time formatting the information to make it easy to study by combining the phonetic sounds, numbers, etc. into two columns to make it easy for an Anki import. I used this list with success personally. I found it to be a great way to practice the Ben System. I scheduled my Anki deck to give me 50 examples per day from the list of 1000, so it only took me 20 days to blast through it and fe…

I never had any intention of sharing my list because it’s become very personal to me. It took me hundreds of hours to fill out and hundreds more to memorize by heart. There were also countless revisions to ensure uniqueness and symmetry among subsets. For instance, you’ll find that there’s approximately the same ratio of animate to inanimate images in binary as there is in card pairs. No entry is completely arbitrary either. Here are the most common techniques I used to make associations: firs…

Hi My name is David Russell, I would like to share what I have been working on for the last little while. Shadow Plus System(SPS) Or whatever you want to call it. Two Card or Three Digit Memory System Digits 000-999 are represented by Mnemonic Images(1552) which represent every possible two card combination from one deck of cards(2704 possible combinations). More specifically, the images from 100-799 and 900-999 represent all 2704 possible two card combinations. The numbers won’t add up wit…

One more time an appraisal to @RubiksKid for sharing his full Ben system excel sheet, which I have modified with some of my own.

In case you are wondering why I did not finish a full Ben system, well, see I was also in the process of making a 1000 major system whilest I made the other systems, and I have to say, major system gives the consistency in pronunciation which I tend to prefer. 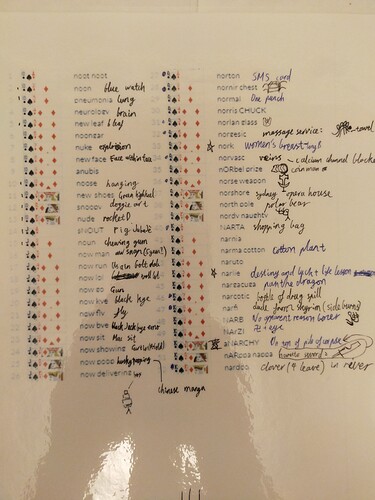 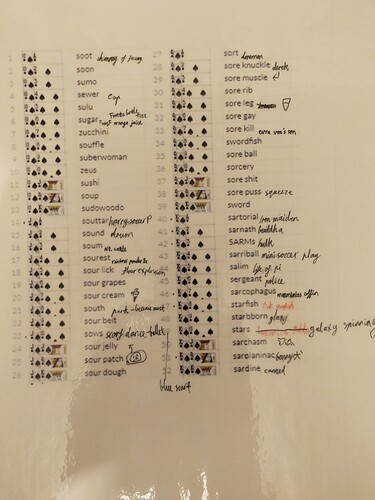 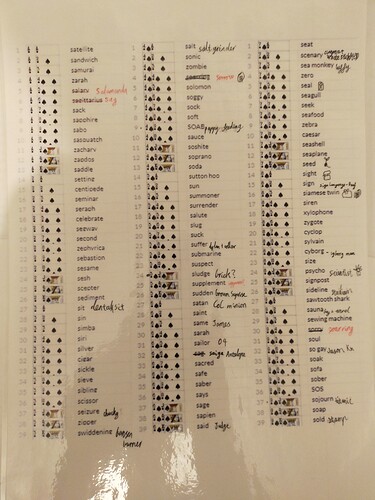 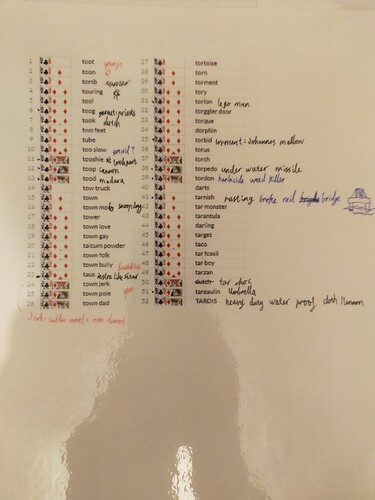 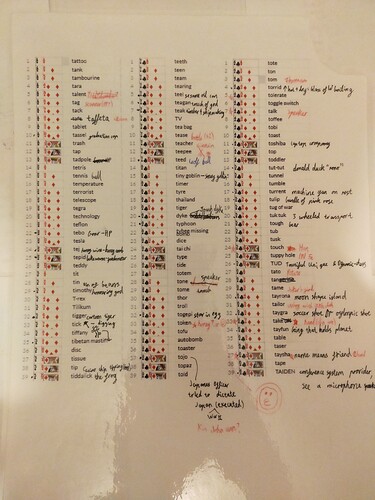 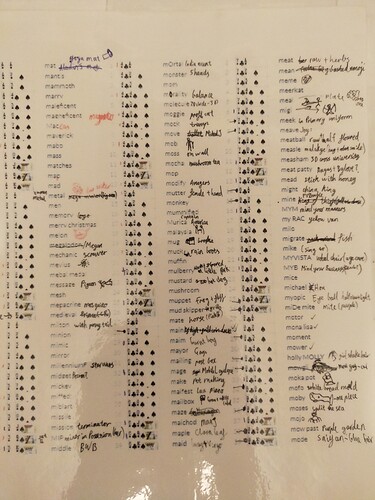 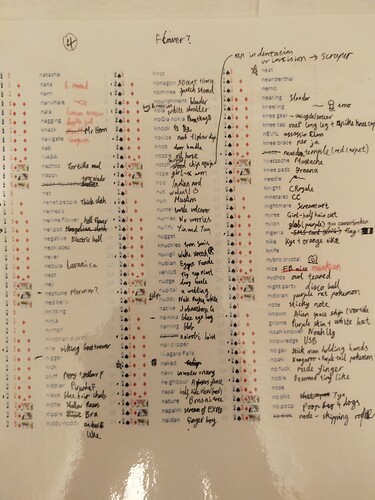 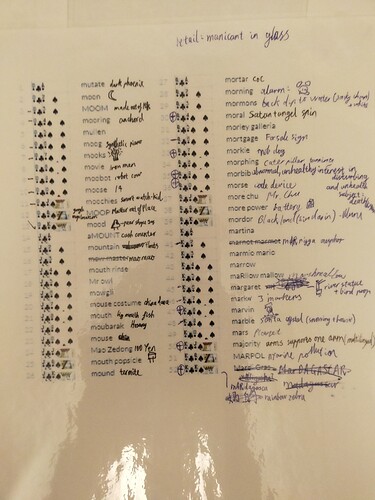 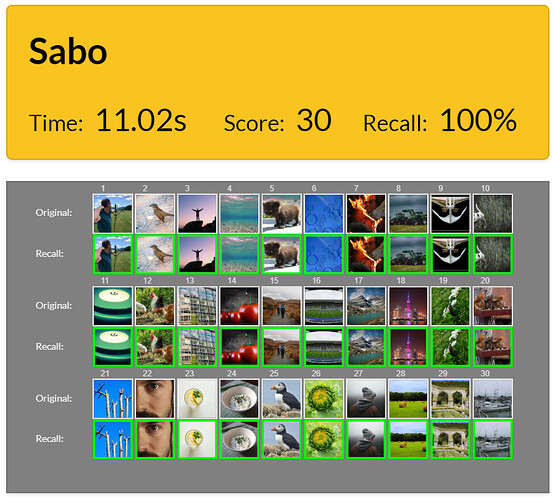 My new strategy?
*Use 1 group only ( dont use 2 groups+). This is for concentration and eliminate eyeball distractions such as moving it to see the image on the side.
*2 image per loci.
*Reuse palaces. I have 10 palace worth 13 loci each just for image game. Reusing palace has the advantage of being able to go through them faster and faster. Generally their speed will be ‘maxed out’ after the 20-30th attempt.
*remember the last 4 image in story mode

How are people so fast with images?

It also kills some time by just quickly grabbing the last 4 images and make them into a story. I do this real quick now that I have to finish the short story after I press the done button ( I basically press the next button as fast as I could for the last 4 images)

Car hit rock (I go so fast that I will see it as something else) plane burst out into cave.

*Take breaks, there was a time where I was frustrated for being unable to break a certain mark, and I believe that really affected my motivation. Taking rest allows you to stay fresh and open minded (so 3 games of image a day is probably already enough)

*Lastly which took me 8 month to realise-always always bring the first image starting in each loci to the second image, DO NOT bring the second image to interact with the first image. So say the 2 image is squirrel and chip (above example), make the squirrel’s head move to the chip, do not see chip moving TO the squirrel, not only does it break rythms, slows you down, but also confuse memory during recall as to which of the 2 images showed up first in each loci.

My goal is to sub-10s during competing in a few month. Today’s result was SUPER on the speed but my memory was all jumbled up lols. 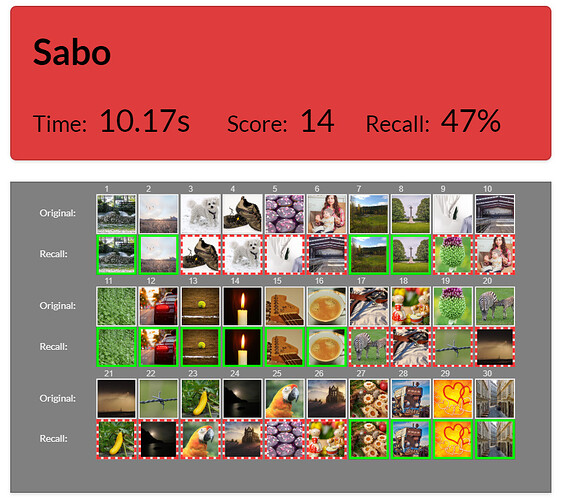 But today’s greatest achievment was in words, I was able to see 42 out of 44 image I created during memorisation, with 4 words which I said out aloud (I struggle with 6 atm but I usually repeat 4 words and visually see the last 2 words). This is something I struggle hugely before, worrying and regretting the number of my live spend on video games and how it might have burnt my brain so I have freaken defects making me unable to see as much image within my loci as an average person. Again, a break really helps. 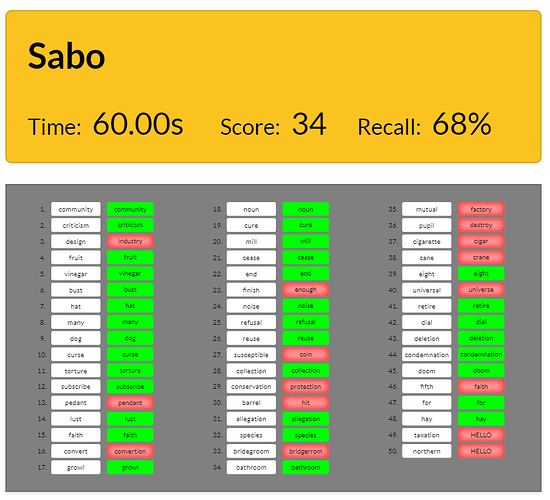 Finally, I love major system, and this time I will continue it all the way to the finish line (know it like a boss

The 1352 shape system is already made public in https://artofmemory.com/app/ (it is paid membership unfortunately)

Congratulations! You have made a huge progress. You are so keen and determined. Way to go.

How do you mean the 1352 shape system made public?
I am a paid member to the app, but I don’t see it published?

@Erol if you go to system and scroll down and click on ‘’‘Search Public Systems’’ and scroll to the second last system (1352 Shape System) that would be it. Although it is the only 1352 system I committed to memory, but it is just too slow and hard to ‘‘see’’ during memorization for me. Perhaps it is the fact that people where having so much strong success with pronunciation system that I give it up, but I will use those images within loci as loci themselves just for fun anyways.

Though I have to say, it is wayyyy faster to learn a pronunciation system then a shape system for me as the sound clues the legit word after a few practice. I might revisit my shape system in the future but atm I am falling in love with major

Too fast, too Furious, but close than before 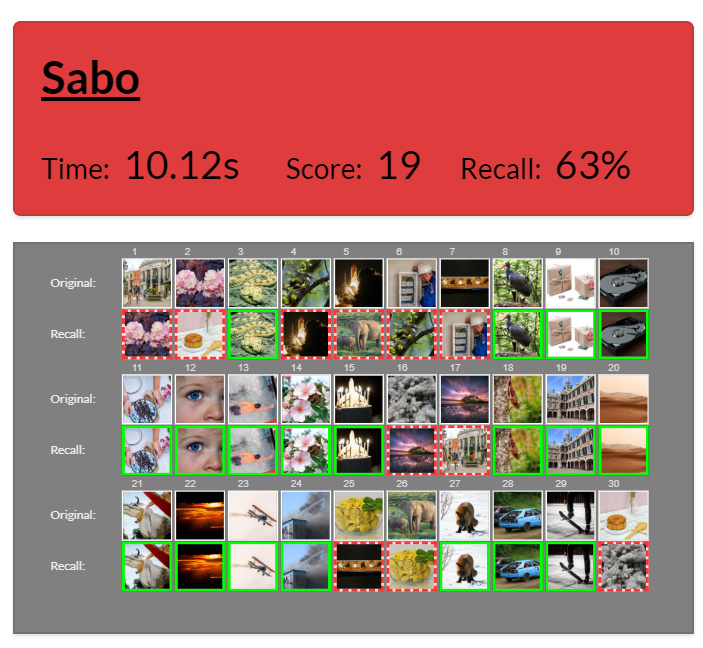 Found it. You did a good job!

All images are from google, with most from pinterest.com, half nude pics (no female ofc) and one drawing of avocado pic is involved. Use at your own risk 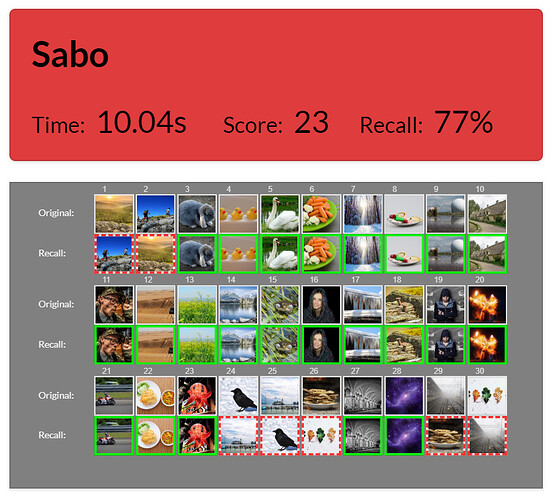 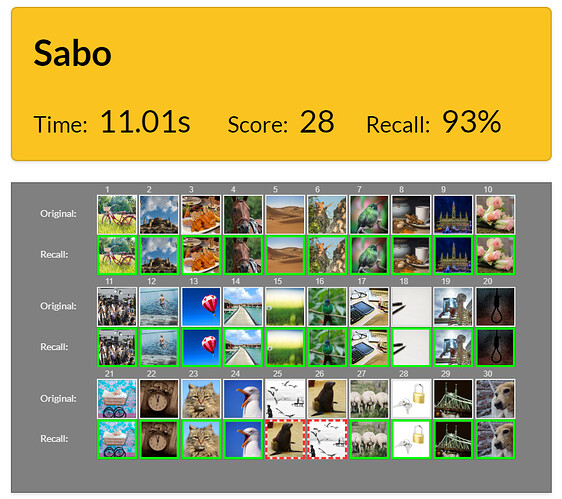 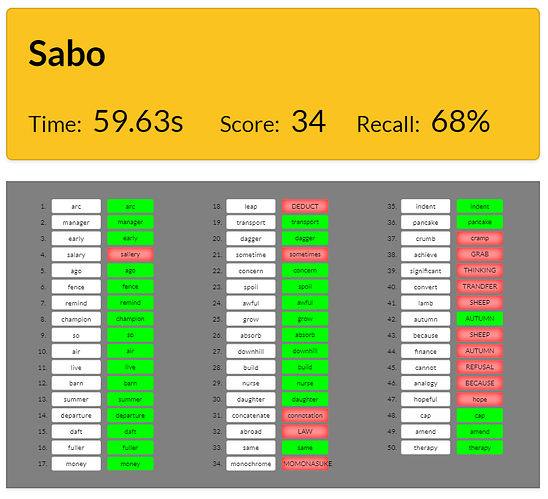 Felt the speed (okay the words were freaken easy but it was speedy ^.^), just need accuracy now 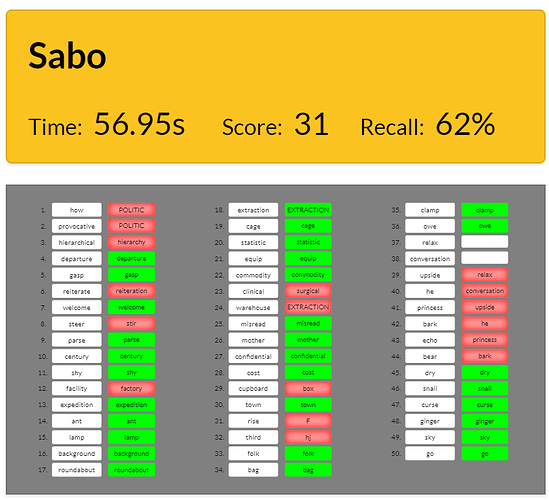 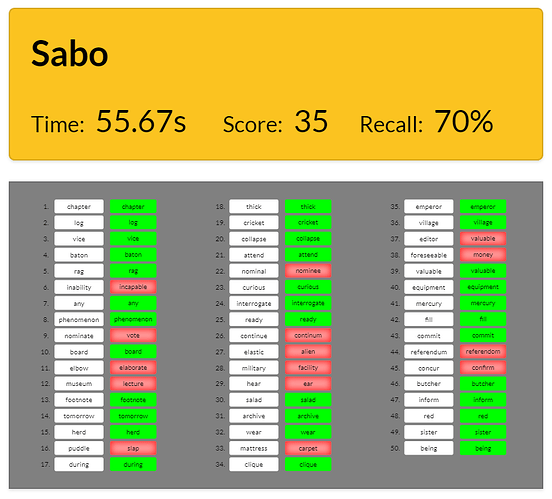 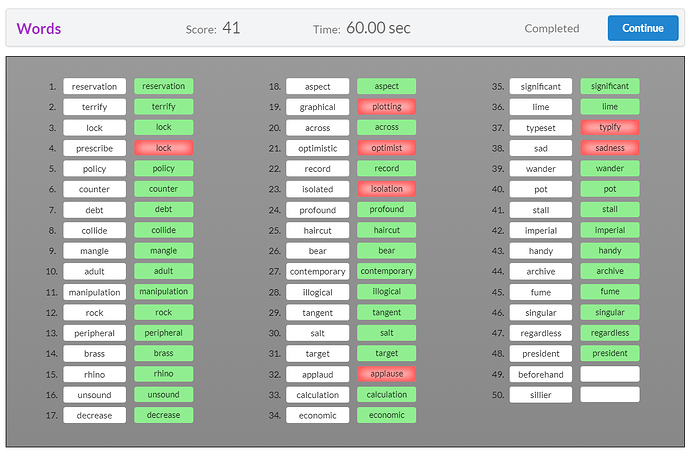 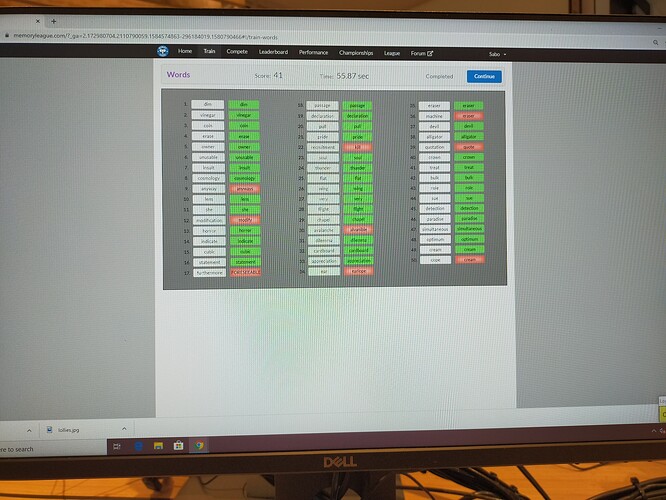 I think my optimum brain perfermance is between 11am to 3 pm.

numzi, rememberg, the two topic on “1000” in this forum, mnemonic database, and speedupmemory really helped me finish my 4th 1000+ system faster than ever before! less than 20 days. And it is soooo much better than any other I have tried. Wish I had started with 3 digit major at first, see I wanted to be the best so tried different roads, but lmao best to follow the same road before making a new path in this case XD. OMG cant imagine how far I will be by now had I done that…

all website I used, except numzi is listed on the first page here:
and yes when I am happy with it, it will be shared in respect for those who too shared they system 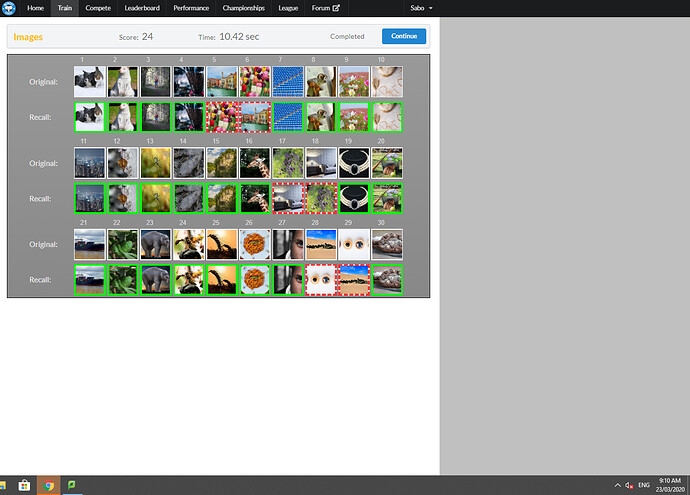 I felt it I finally felt it! T.T
My precious I will have you soon (Mwa hahaahaahaha) 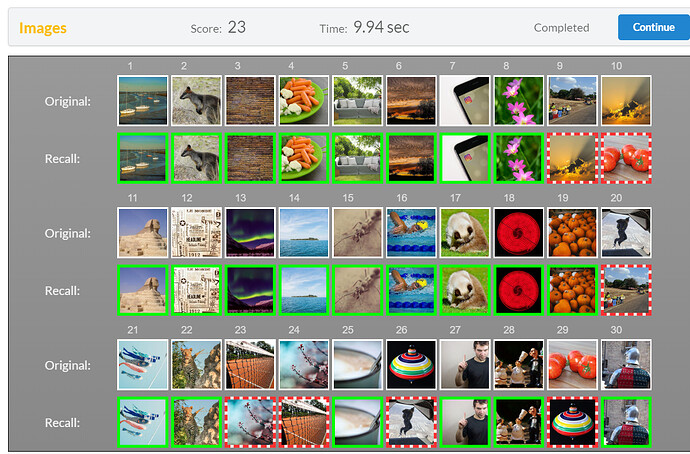 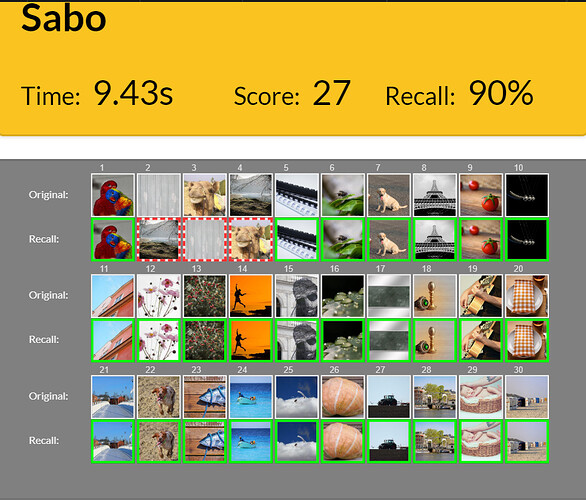