In The Book of Memory by Mary Carruthers, a memory system belonging to Hugh of St Victor is described, where text to be memorized is ascribed to an ordered numerical grid. From the book –

The method utilizes psychological principles similar to the method using images in background places, but in this case the system of loci is numerical, and the images are short pieces of text written into the numbered backgrounds, as though within the cells of a grid. The images of written text are impressed also as they appear in the particular codex from which they were first memorized, including their location on the page (recto, verso, top, middle, bottom), the shapes and colors of the letters themselves, and the appearance of each page including marginalia and illuminations, to make a clear visual experience

The example Hugh gives is how to memorize the Psalms. There are 150 in all, and to learn them one constructs a series of mental compartments, numbered consecutively from 1 to 150 – in other words, a rigid system of cells that has a definite starting-point. To each number is attached the first few words (the incipit) of each psalm, so that as one visualizes the number one, one simultaneously visualizes ‘‘Beatus vir qui non abiit’’; upon seeing the number twenty-two one also sees the text ‘‘Dominus regit me’’; and so forth. In Hugh’s scheme the images are the written words as they actually appear in a manuscript and the locus is simply a numbered box, but the incidental difference of this scheme from the architectural one is less important than its fundamental psychological similarity; they both employ a system of consciously adopted, rigidly ordered backgrounds as a grid which is then filled with the images constituted by the text

Hugh also counsels that this same method of numerical ordering can be
used to learn the text of an individual psalm. Under number twenty-two,
for example, one might visualize a subsidiary set of consecutive numbers. To these one attaches the rest of the text, in short pieces (verses) – however
many one needs to complete the task.

A long text must always be broken up into short segments,
numbered, then memorized a few pieces at a time. We have some clue as to
just how short ‘‘short’’ was from the length of verses in the medieval format
of the Psalms, and from the number of words enclosed in cola and commata
divisions. Obviously, optimal length varies slightly from one individual
memory to the next, but the medieval texts of the Psalms generally contain
more verse divisions than do modern texts. Psalm 23 (Vulgate 22), for
instance, is six verses long in the printed King James Bible, but has nine
divisions in the Latin Paris text of the thirteenth century. The longest of
these is the first, containing thirteen words; by contrast the King James
contains thirty words in verse four and twenty-two in verse five. The fewer
number of words per division in the medieval format accords with the real
limits of human working memory, that is, how much one can safely take in
during a single conspectus, or mental glance

Hugh [substitutes] number coordinates for the verses of a Psalm – the active, working memory first focuses on the number, and then that numerical address leads to the text placed within it, itself composed of a few words at a time, grouped into phrases. In recollection, one first focuses on the informationally richest sign, say ‘‘Psalm 23.’’ That stands in for a set of six sub-units or verses (in the King James Version), and one might focus on one number amongst those, perhaps the number two. That sign in turn both stands for and cues the words ‘‘He maketh me to lie down in green pastures; he leadeth me beside the still waters,’’ themselves grouped into five syntactic sub-units or phrases.

The method is striking in its simplicity, and evidently in use in the 12th century – by no less than Hugh of St. Victor! A few things to note:

Let’s say you were to memorize the very beautiful psalm 121, with the Anglican text. The division will look something like this: 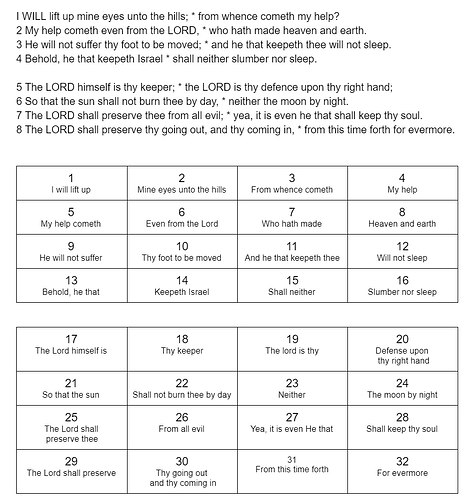 However, St. Victor encourages the student memorize shapes and colors of the letters themselves, and the appearance of each page including marginalia and illuminations, to make a clear visual experience. Indeed, the author notes that marginalia was most likely originally intended not for mere decoration but as a mnemonic aid. This makes it a lot more difficult to copy the method with pain text, as it lacks the decorative embellishment of the medieval era:

One possible solution to this is to add an image within the cell you are memorizing along with the words (perhaps at the bottom of the image). So perhaps for 23, a mere “neither”, one would see “the nether” as in Minecraft, or perhaps an “or” logical sign with a cross through it. For 24, “the moon by night”, perhaps the cover of the old children’s book “Goodnight, moon”. All the while, of course, you would need to have the number seen in the cell, also noting it’s relation position to whatever is to the left/right/top/bottom of it. So when one sees 23, “neither”, one might see in the periphery the content of 24, as well as 19, 27, and and 22. The elements of these might even trail down. One might even imagine their own marginalia figures “sitting” on the grid, if you will, as here: 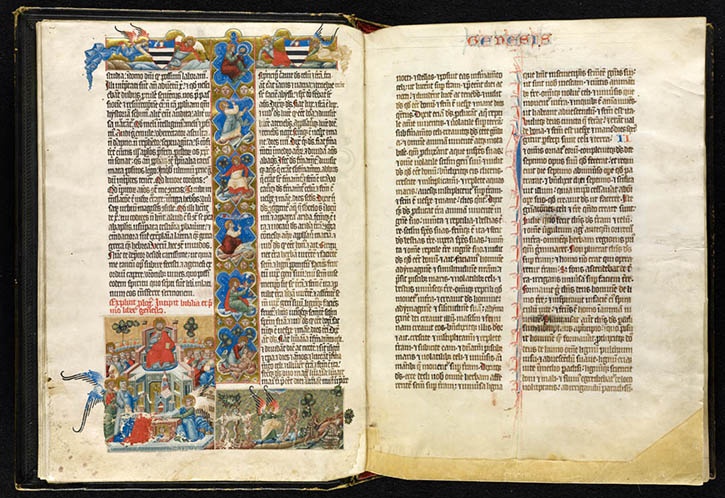 And so, perhaps between the 4th and 5th lines, where there is a space, we see a man lying as if asleep within the space between lines, his head to the left and his feet to the right, yet his eyes are half-open, with his left holding a menorah, a lock necklace around his neck, and his right “falling off the bed”, and in this hand we see an armored glove. Hence, “behold he that keepeth Israel shall neither slumber nor sleep” “The Lord himself is thy keeper, the Lord is thy defense upon thy right hand”. And our memories would take the form of a horizontal tapestry of Bayeux, where we see the events (sentiments) unfold one next to another and one over another. 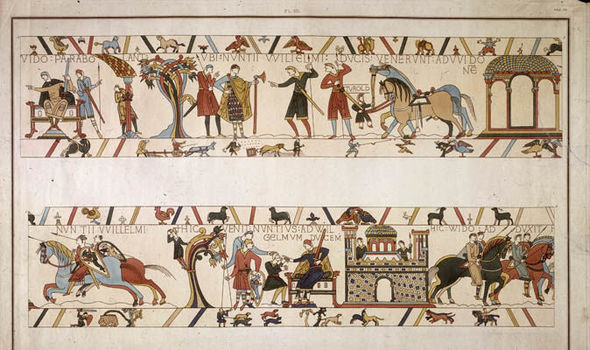 Or, put another way, like a comic book in grid format. I suppose you know you have it memorized when you can go backwards-to-forwards, and diagonally!

Does anyone else think this stuff should get more traction???