I majored in Art History in college and did a paper on a farmyard scene painting that I enjoyed by a minor 17th century Dutch painter in the collection of the local art museum. I had just read The Memory Book by Harry Lorrayne and Jerry Lucas and found it extremely useful to attach artist, title and year to the unique background of the painting or sculpture.

After analyzing the painting, it occured to me that it might have more significance than just the title let on, “Birds in a Landscape.” I had the idea that the artist, Melchior d’Hondecoeter, might have tried to symbolize the countries of Europe at that time as a visual entertainment since the Dutch had a history of symbolism as Hieronymus Bosch, did with his The Garden of Earthly Delights.

I think it works as an early type of mnemonic for a map as well as a visual puzzle. Here’s the images and you can decide. I especially look for any comments to European history buffs or those from the Netherlands since that’s the center of the painting represented by the innocent observer bird in the bottom center. It seems the English weren’t so happy with the Dutch at that time.

Maybe this will inspire some people for a different way to remember countries. Here’s the original painting: 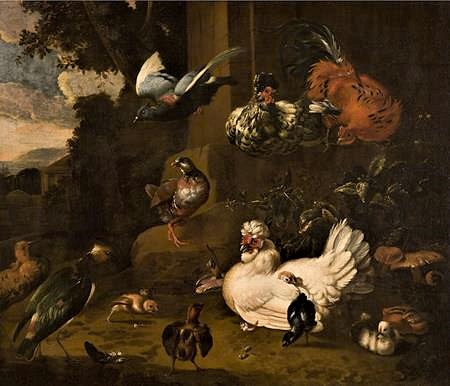 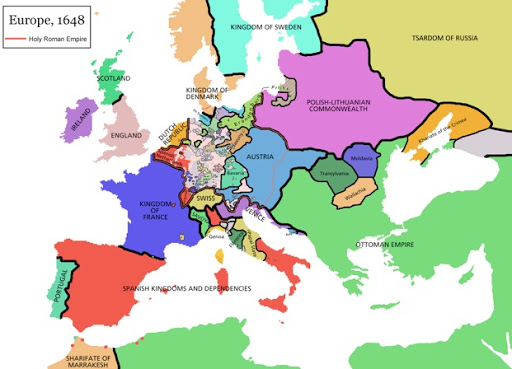 And my mashup of the two so you can see the visual associations is: 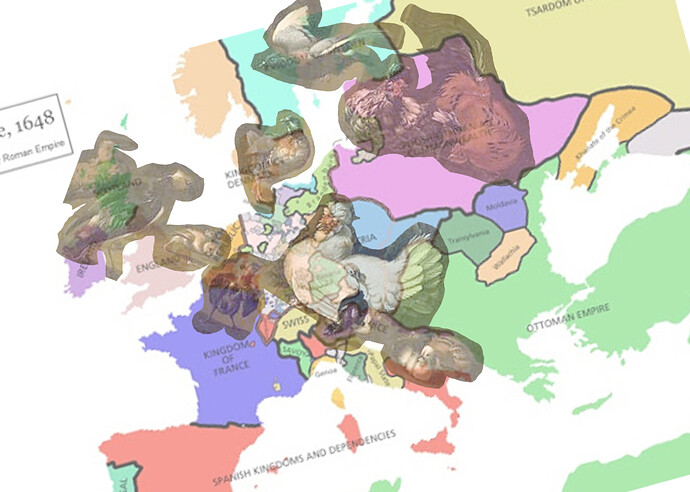 @LynneKelly I thought you and your birder husband might like to see this topic, especially if you enjoy history and art.

Thank you. Interesting interpretation. Do the birds match the countries in any way? I only know my Australian birds well, so can’t judge.

@LynneKelly I have no knowledge of European history and can only guess that the white chicken (Austria) , the other proud and colorful chickens (Poland-Lithuania), and the isololated one front and center (Denmark) were prosperous while the others were less fortunate. Concerning the birds, it’s a very refined niche of historical strains of European chickens and ducks. @meepster is the only one that I know that raised chickens here. I wonder if she has any clues.

@thinkaboutthebible - I haven’t raised chickens. My connection to purple chickens is metaphorical, not physical. I’m fascinated by this, but I know less than the rest of you do.

Darn. I was hoping you had connections to help decipher chicken pics. It was worth a shot. Thanks!