I apologize in advance for possible writing errors, I do not speak English, so I have used the translator,
.
My name is Andrés I am from Santiago de Chile. I trust that you can help me with my project. I am a chess fan and I seek to improve in the study of it, using Mnemonics.

I came to this forum when I read an interview with Simon Reinhard, who is also a strong chess player, he commented that in just 20 minutes he learned 100 moves by heart of a very complex opening, but I do not explain how he did it, from that moment on I am trying to decipher the riddle: 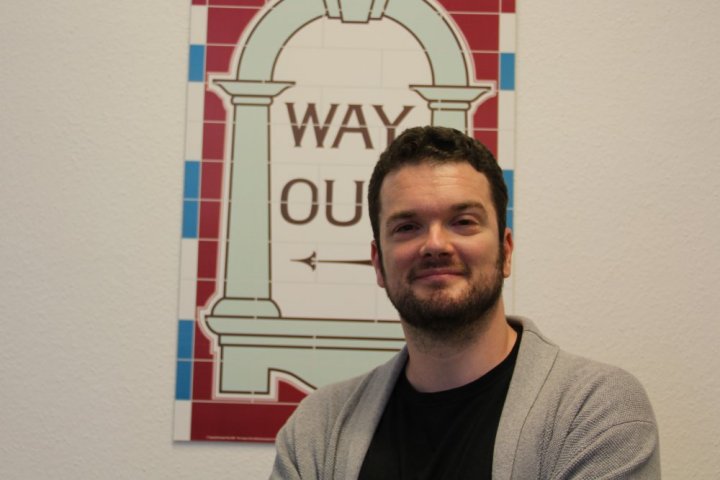 With a German rating of 2246 Simon Reinhard is a strong amateur. But he probably learns openings better, more efficiently, and faster than most top grandmasters. After all, Reinhard is several times World Memory Champion. In an interview, he talks...

I come to you for advice, what is the most efficient way to remember numbers in blocks of 8 numbers?

Where each square is an image of the Major system. A movement of pieces is equivalent to memorizing 8 numbers, for example move white to e4 (52 -54) and black responds with c5 (37 -35), plus the image of the order of each movement, to which I assign a Memory Palace :

I’m not happy with the way I currently memorize, I’m looking to be able to memorize 10 numbers (2 - 4 - 4) with a single image. Because going back to the Reinhart interview, learning a 100-move opening variant means memorizing over 1000 numbers and this is where it’s getting really hard for me.

I ask you, I hope you can guide me on how to improve in memorizing very long numbers.

8 digits = I would use PA,PA. As probably you’re doing already. You could invent mnemonics for it, I wouldn’t do it. But… as it is chess moves and not actual numbers:

These are some considerations I’d take when memorizing chess moves sequences, or games.

Consider 1 move as both white and black. As always white goes first, then colors aren’t needed to be thought of.

Information A: the piece.

Information B: the position

The 64 positions I see them as a grid, all letters are numbers so: A1 = 11. Alphabetically a-h = 1-8. That maps easy to any number peg list. To differentiate twin piece in the same range add the current pos as a single digit

How to memorize the moves? Simple.

Select one locus and then divide it in two, and from left to right, up down or whatever choose the first image always to be white and the second will always be black. Person-Object, the piece is the person and the numbers, or the positions are the object. About captures, figure an extra image mnemonic like fire around, dancing. You could omit captures, by simply sleeping in mind that, if something else was in that spot then simply a piece moving into it means capture. Kings aren’t captured so, no problems.

Alternative: only memorize white then memorize black, using journeys. Though for me, makes more sense to memorize the whole move.

I would be interested in knowing how Simon Reinhard was able to memorize the Najdorf Sicilian as mentioned in the interview. Since he is a member of this forum hopefully he will see your message and share the method he uses to memorize openings.

Nelson Dellis on YouTube did a video on this. It’s worth checking out. 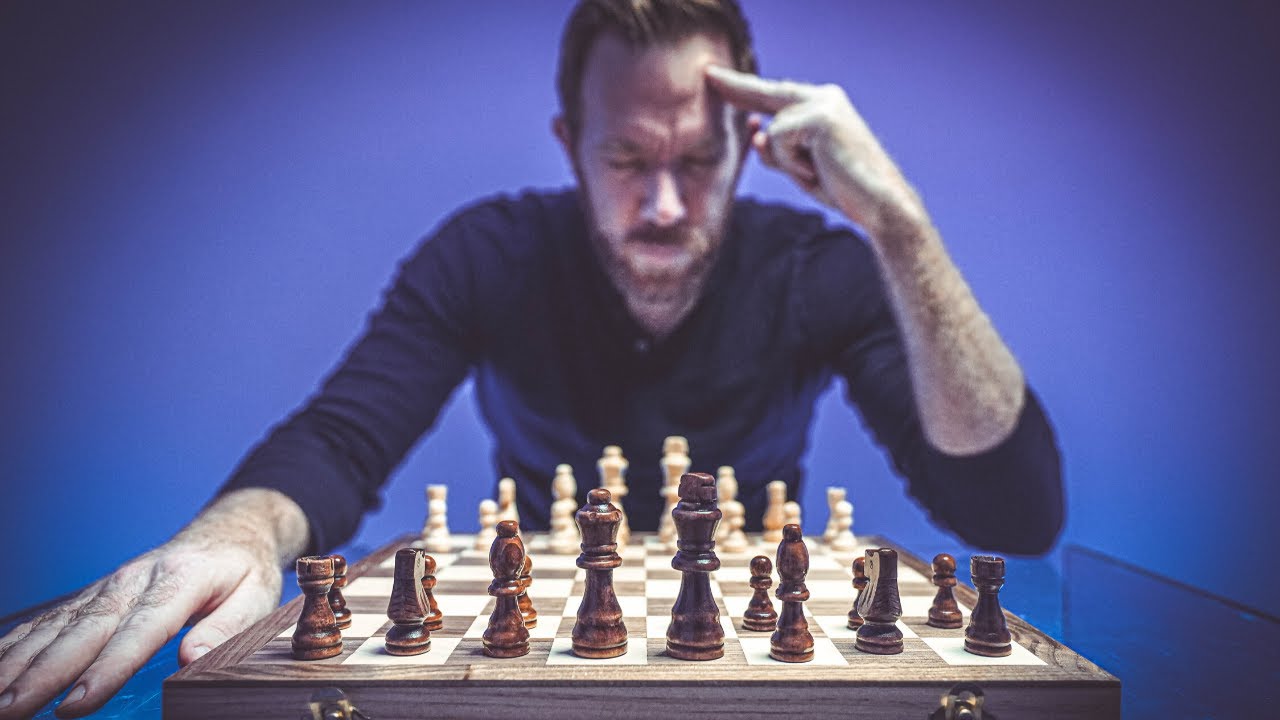 I’ve being reading a lot about memory training but haven’t done much of the training yet, still i think the focus of your question is memorizing 10 numbers, as far as i know, PAO will get you (00-00-00) you could use that as a basis and maybe add another digit using some sort of ambient, like the PAO image in the context of a jungle, a volcano, etc… that might get you another digit down there.

Effectively,
I agree with you that an extended PAO is the solution, my friend @InMyMemoryWorld, advised me to create one more category to my PAO, such as an effect (PAEO), a characteristic (PCAO), conditions (PAOC) and I have read in the forum that can be wardrobe (PWAO), I’m working on it to start testing.

The system discussed in this video is super nice.

I’m also memorizing chess. I’ve assigned an image to each square of the board and also an image for each of the major and minor pieces, except for the pawn. Black and white have been attributed different images to make it easier.

It works great for openings, but I guess that it occupies a lot of Loci space if you want to memorize whole games.

If you manage to somehow figure out a better way to help with entire games, let me know.

May I ask Buddycl and Kali09 how is this all working out in practice for you? Does it give you a workable system that you use and how is your experience in memorizing chess openings or games? I’m very curious if one of you got a working system that you use in Chess. I’m still experimenting in how to encode things. I want to do openings, endgames, model games and key positions.

I will tell you what has worked for me so far: 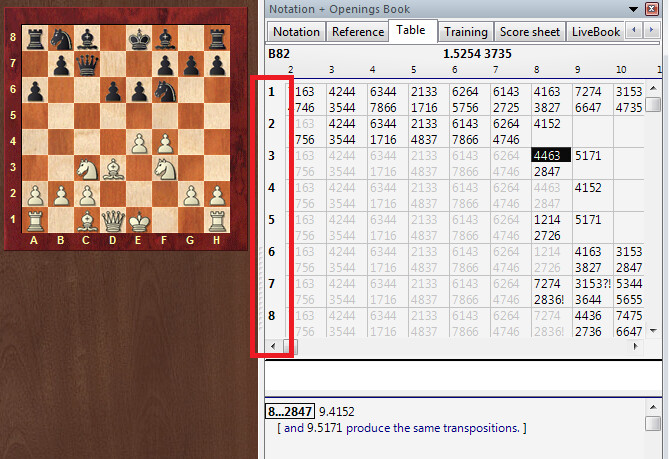 I have no problem remembering the resulting position,
therefore, I have not developed a Mnemonic to memorize a FEN.

Thank you for replying so quickly.

I’m new to this postal system, but I have checked it out and changed my settings in ChessBase so that it gives me numbers only. I like this approach and maybe want to use this instead of PGN notation. I’m confused on how you handle the variations. You say that you have a different person for every variation, but do you stay in the same memory palace or do you change that? When the main line is placed on the loci and there is also a variation where do you place this? I assume on a different loci? Do you place it on the next loci and then you use a Person and then the Action Object. At least that is what I understand of the Graph under the Chessbase picture.

Another question how many variations/lines have you done in a certain opening. Reinhard talks about hundreds of moves. That sounds pretty intense to me. This is al very interesting to me to see what is possible.

Thanks for taking the time to explain your system

do you stay in the same memory palace or do you change that?

When the main line is placed on the loci and there is also a variation where do you place this? 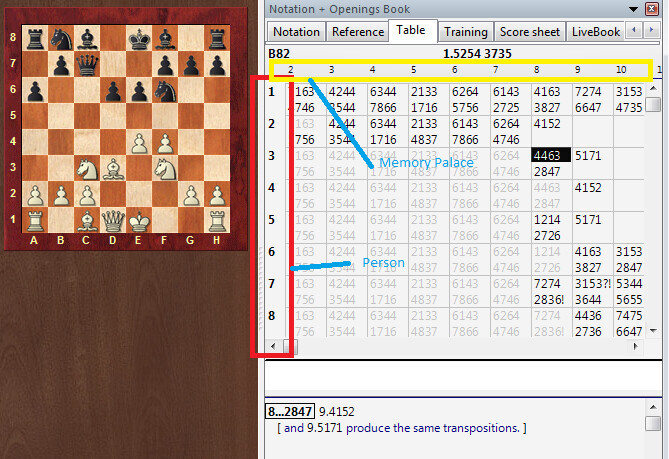 Chessbase’s Table function looks at variations in list form, and that’s my approach to studying variations.

how many variations/lines have you done in a certain opening?.

It is still not clear to me I apologize for that, but maybe you can humor me and explain it with the following example.

I use a Person Action Object Location 8 digit system.
And let’s say I use an animal for a variation But feel free to use your system to explain when the variation must be entered.

Can you please explain to me what will be on loci 5 and where the variation will be placed.

I use a Person Action Object Location 8 digit system.

you require 10 numbers.
to use your system you could add a “place object” (PAOLO).

For your example I will use PAO, so it works for anyone.

Andy thank you for clearing this up now I understand I need to expand my system with another group and you place the variation on the same loci. This is very good thank you very much for taking the time to explain it again

I can’t wait to start using this for my opening repertoire.
Thanks again

I understand I need to expand my system with another group and you place the variation on the same loci.

Yes, or you can go to a 3-digit system or like me, I’m working on a 4-digit system based on categories, something like a double card, but focused on chess. you need 1800 images, not the 4032 (63x64).
Write me about your progress.
Saludos!

I will keep you posted for sure about my progress. This is going to be pretty cool challenge for me

Ok I have been using this system now for 2 days and I run in some difficulty with the variations. The postal notation works like a charm for the main line and makes it much easier to encode on the loci. However when there are two or more variations on the same loci things go wrong for me. I mix up the stories/numbers on the loci and things are no longer clear because the next following loci will also have the variation on it.

I’m experimenting a bit with a small deviation from this system and to use the body peg system for a variation. I use this normally to remember a position with FEN. I insert person 1 when there is a variation on the loci. So I have my main line story and a person on the same loci. But they don’t interact and the variation doesn’t have to use the next loci. Still not 100% sure if this will work when I have a lot of lines, but I have a good feeling about it and it’s working for me on a small scale right now.

I know that on loci 4 for example the car and the numbers are the mainline and the giant person will be the variation. The person is a body peg system so the person is huge like a giant so the next loci are not used for this variation. The next moves are on his head, eyes, mouth etc…
I have a lot of lines to cover but I keep you posted how it works when I have done all my KIA lines against the Sicilian

I am currently obsessed with chess, go and shogi.

Since 2008, I am also into drums and indian percussions. The year I got interested in Astrophysics.

Although I have just (I think) seen this old post, I wanted to ask you something (may be you are not interested anymore in the subject; that’s ok):

To continue with the Ruy Lopez example, starting from that 4th play (in the 4th locus), are you not forced to repeat the person later in the 5th locus, in the 6th locus, etc? Otherwise, how do you know to which “parent” -variant- belongs which “child” -sub-variant-? (note that this is actually a particular problem of a more general one: how to memorize hierarchical information/trees).

Asuming that both lines continue, in the 5th locus you will have (in the simplest scenario) one more move derived from the morphy variation and another move derived from the exchange variation. I assume then that at least the move related to the change variation must also be preceded by PERSON1 because otherwise, how do you know from which of the two they derive (i.e., to which variation -from locus 4th- belongs each one of the moves from the 5th locus if they were codified just as OA instead as PAO?) But also in the 6th locus, with persons preceding the move(s) derived in turn from these moves, etc.

¿Am I understanding this correctly or I’m missing something that prevents the repetitions?