Day of the week, given the date

I am sure there are multiple ways to do this, however I’d like to share with you this “algorithm” to find the week day of a date in the 20th century.
It involves much modular arithmetic, couldn’t be otherwise.
I’ve devised it this morning, btw…

Sum all the numbers collected. Always take the reminder by 7. Advance Monday to get the day of the week. E.g. Monday advanced 5 is Saturday.

It looks a daunting task but it’s not really. With some exercise you should be able to get the day in less than 1 minute, with mental calculation.

Or if you are Kim Peek, you don’t need all that.

It’s… remainder, i.e., that which remains!

With some more extra exercise, I should able to get each weekday
in less half of a second ( around 500 milliseconds on average).

It is so hard not to say that it’s good of you to remind him, but I am going to stifle the urge.

really, do you make over 60 dates per minute?

a date in the 20th century

…so no century code to consider. Makes things a bit faster… plus, no “century mod 4” to consider for leap year exception-exception.

How is this possible?? It seems like it would take a few seconds for me to comprehend what I heard haha

Look at the whole year 2023 where May starts on a Monday and you’ll see that August is +1; Feb/Mar/Nov are +2; June is +3, etc. Simply create month mnemonics accordingly. May-0 as in mayonnaise, etc… and done!

That’s all… ignore century, year code (memory palace), month code (mnemonic), day, and divide everything by 7 and take the remainder.

ps: quickly compare 2000 and 2006 for Jan/Feb codes… when you have a leap year and the month is either Jan or Feb, subtract 1 from your result.

That’s really cool if you managed to figure out a method by yourself!

As you say, there are several ways to calculate it - and when you use all the shortcuts possible, you the fastest people can do this calculation in about one second!

My official record is 59 in one minute, Nodas is faster, and the world record holder is Yusnier Viera, who once did 140 dates in just sixty seconds!

If you’re curious about the method that’s used by most people in competitions, I’ve described it in detail here - mental calendar date algorithm - and there are many shortcuts through that method!

As Parkouristx asks - how is this possible when it takes over a second to read the question? The answer is that most calculators are reading the task and then doing this task using visual parts of their brain, which is must faster.

I agree with Daniel and Bjoern.

I talked with Freddy a few weeks ago (A Cuban in Germany), who is the ex-WR holder in calendar. He trains an Indian kid called Jay Jain (winner of Memoriad 2016 in Calendars with 125 dates in 57").

For reference the minute οfficial WR as mention is 140 D1M by Yusnier (Cuba/USA), and this yields around 0.42" per date.

Of course, all people IRL cannot tell the difference between 0.39" and 0.42". Βut in competition and in the training between top competitors, it all happens in a flash. A faster rate accumulates more dates per minute. Some of us, use metronomes to keep the rate steady. At least, Yusnier uses it, because he told me that. The method is simple. Set the metronome to your desired speed. So BPM (Beats Per Minute) become D1M (Dates Per Minute).

As Bjoern mentioned, I personally have a Top-10 official score in the world (92 D1M/dates per minute), my unofficial is around 103 D1M, and which correspond to 0.65" and 0.58" per date respectively. But that’s my rate for the whole minute. For 10 and 20 dates, my PB (personal best rates are around 0.43" and 0.45" respectively, because one can focus much more for 4.3" or 9" seconds, instead of holding focus for 60 seconds. And despite that the initial date, always slows me down, when I rarely get less than 0.8" for this first date. So, for the dates between the 2nd and the last one, my actual rate is even faster.

So, what wrote about 'with a little training I can get less than 0.5" per date", maybe sound a bit “flexing and over the top”, but before my last 4 competitions I was actually reaching such short-term speeds in my training with k-train. During 2013, my personal best was 82 D1M, I saw I had a bit potential in that category so I started training a bit more seriously for the next competition, and I stopped training many mental square roots. So in Calendar calculation, I reached 5th place in MCWC 2014, then 4th place in Memoriad 2016, and 3rd place in MCWC 2016 and finally 2nd place in MCWC 2018.
And in both MCWC '14 and Memo '16, for just only 1 date, I lost the Top-3 position, (e.g. 82 vs 83 in Memo '16) so I was actually very close to get a Top-3 place in calendars in all the last 4 competitions. I don’t know how much other people train, but I guess, if one wants to get such high positions in the competitions, then training is inevitable, at some point.

I have not tried to improved my scores since 2018 due to the lack of competitions (which is a huge motivation). But of course, I believe in my potential to break them. Everyone can break their own records, if willing to do so.

Daniel is also very fast and holds the British record in calendar, and can also easily go over 60 or 70 and Bjoern is one of the best mnemonists/ mental calculators in Germany (hard these days to find people who compete both in memory and calculation)

You are a champion! Our teacher Georgi Georgiev is also among the best. And Kaloyan, my son is currently 36 in 60 seconds.

Our teacher Georgi Georgiev is also among the best. And Kaloyan, my son is currently 36 in 60 seconds.

Hello. I talk with Georgi very often. He won the Calendars in MCWC 2016. It is very good that his students are making very good scores. I hope you can do great in the the Junior Mental Calculation World Cup.

And we hope. Hope all goes well! Have a nice day!

Wow that is really cool! But for me, is seems like the actual math would make me slow because you have to do math! haha

I totally know what you mean because it is similar when memorizing but you are doing math! I have done all sorts of math and I have to read a problem over and over just to make sure I know what it wants haha I feel like I would be slow trying to do mental math fast

Actually I find that Mathematics and Mental Calculation have only a small overlap.

For calendar dates it is the logic of why the method works (why do we divide by 7 and take the remainder? As 18-Aug-1990 is a Saturday, how can we know immediately that 18-Aug-1991 is a Sunday?)

Some university students in Mathematics have weak ability to handle numbers in their minds, and some human calculators have little knowledge of the Mathematics that makes their methods possible!

I find that Mathematics and Mental Calculation have only a small overlap.

Hi Daniel. I agree. Most of this overlapping happens in :

Wow that is really cool! But for me, is seems like the actual math would make me slow because you have to do math! haha

Hi Johnny. We met at the Las Vegas during Memoriad 2016, I think you were also somewhere in the Golden Nugget Hotel in Fremont Street.

To be honest, when you check the top of all calendar calculation scores, there is a combination of both memory and calculation involved.

Many of the winners of calendars come from a memory contest background.
Both the Mongolian guy who won Calendars in Memoriad 2012, and also Jay the Indian who won in Memoriad 2016, used to participate in memory competitions, before achieving success in Calendar calculation.

Also, Bjoern, who comes from a memory background, has created a nice Calendar calculation App for i-Phone. I was happy to provide him , the Greek translation for his App: 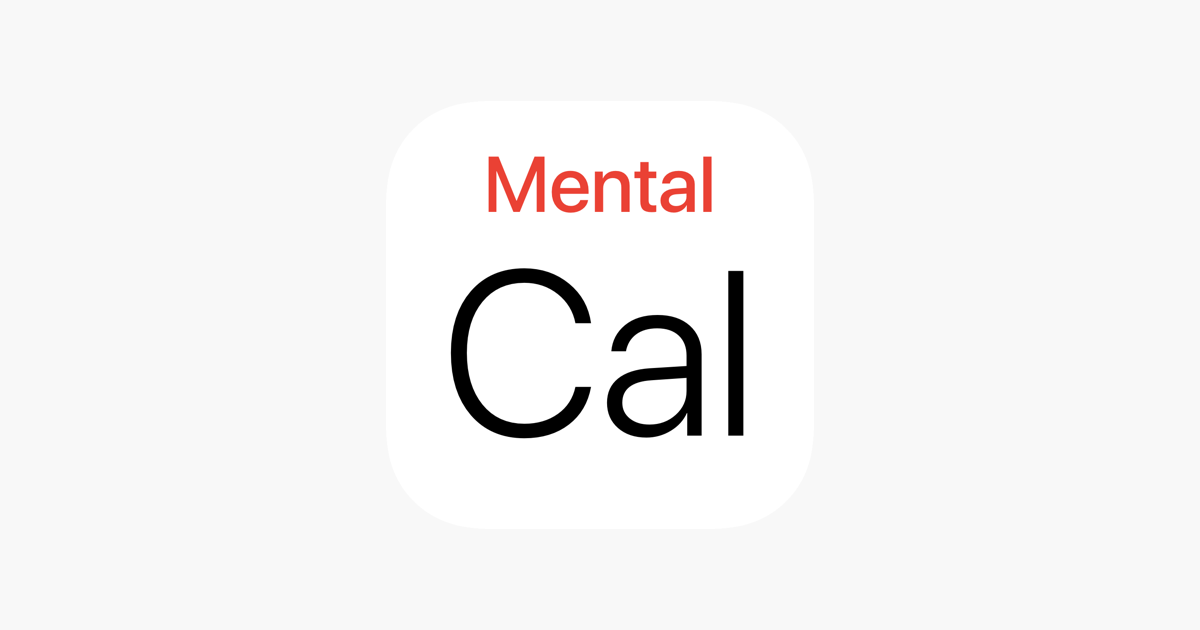 ‎Mental Cal is the most innovative educational app ever designed for a mobile device. Created exclusively for iPad, iPhone, and iPod touch, Mental Cal includes support for Game Center and ReplayKit — complete with leaderboards, achievements, and...


If you have iPad or iPhone, check that out.

Are you picturing anything when doing the math?

No, I usually don’t use pictures. (99% of the time).
I only imagine the calculations between numbers, based on timetables. ( I personally master the 30x30 times table by heart, but other people in mental calculation master the 50x50, or even more rarely the 100x100 times table (Jerry Newport, Willem Bouman etc).

But in case , I could need to use a ‘carry-on’ string of digits in short term memory , I also have my own Major system (only about 100 items, assigned for every 2 digit number 00-99). I actually used this system in order to memorize and break my country’s national pi memory record.

I have also used this system occasionally in the Calculation World Cup, in some surprise tasks.
Example 3 x 3 x 3 digits, such 987 x 654 x 321 , I do the two first, and then convert this partial 6 digit result into 3 items or just 1 PAO (Person/Action/Object). Then I proceed to multiple this 6 digit by the final 3 digits, usually by criss-cross.

And because we are not allowed to write any intermediate result, then my only point of reference for the criss-cross multiplication is just this 1 PAO that I have in short-term memory. So, 1 or 2 PAO is cool to have for lengthy "carry-on’ digits. Βut most of the times, the carry-on digits are just 1 or 2 digits, so any PAO or item conversion is not really needed.

Also, in remembering logarithms to 5 digit accuracy, such kind of memory is often very helpful. Of course 100 items, is very small compared to Ben or other card systems who go up to 5000 or 10 thousand numbers (0000-9999). But my own Major system is only supplementary, because I am mainly a calculator and not a guy who goes into memory competitions. ( WMC , IAM etc).

I come from a math background, so pure calculation is more fun to me, than creating lengthy memory palaces and long stories. Maybe , I don’t have such extreme interpersonal imagination. I am more fascinated by pure numbers and not by objects or stories. Numbers are universal truth. Stories are just some person’s local special imagination.

Of course, most memory people do not convert live, binaries into decimals, but with a few mental calculation of exponents, this could be a possibility.

Daniel is also a mathematician and mental calculator who has competed in memorizing Binary Digits during the Las Vegas Memoriad 2016, and maybe he can elaborate further on this topic.

I am sure the people who win the Binary Digits memory contest, already have such categorizations for all the binary possibilities up to a certain string length, but everyone has a different style of doing this.