"Beware the Casual Polymath" and "The Myth of Genius"

Leonardo da Vinci is the most famous polymath of all time and the model omni-competent Renaissance Man.

This last example is especially notable because Issacson himself doesn’t seem to catch it, instead uncritically praising Leonardo’s discovery. [Details in Appendix]

And yet Wikipedia writes:
…many historians and scholars regard Leonardo as the prime exemplar of the “Renaissance Man” or “Universal Genius”, an individual of “unquenchable curiosity” and “feverishly inventive imagination.”[6] He is widely considered one of the most diversely talented individuals ever to have lived.[10] According to art historian Helen Gardner, the scope and depth of his interests were without precedent in recorded history

Of course the inflation of his mathematical and engineering ability makes sense when you consider that the judges in question are predominantly art historians. Rather than as a Renaissance Man, Leonardo would be better regarded as an exceptional painter with various hobbies.

We live in times of great disaggregation, and yet, seem to learn increasingly from generalists. In the past, an expert in one field of Psychology might have been forced to teach a broad survey class.

I recently saw this video called The Myth of Genius which is on a somewhat related theme. 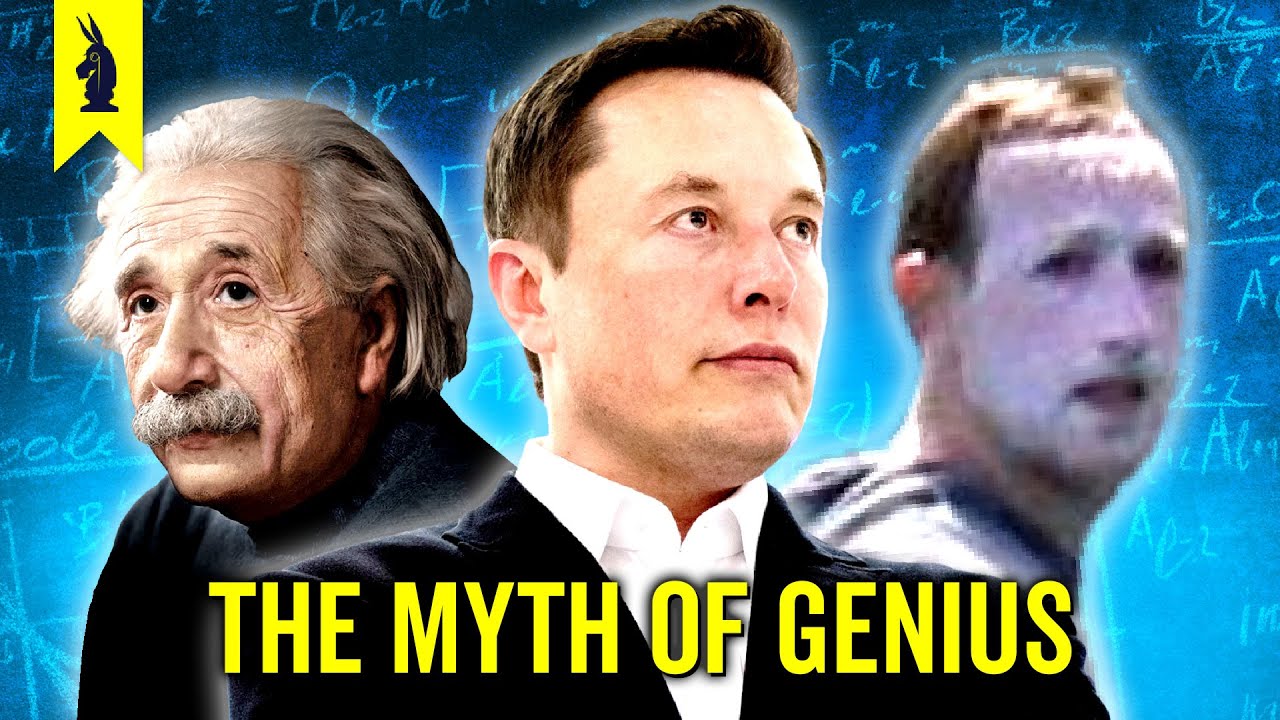 The book Ultralearning also hints at similar things in its analysis of how “superlearners” like Van Gogh achieved what they did.

Being a polymath is neither amazing nor unusual. Many scientists and engineers that I worked with had serious interests that were unrelated to their careers including art and music. They just didn’t get paid for that nor was there much recognition. I too am a polymath having made a serious study of very diverse subjects. It’s a matter of personality.

It is my experience that non technical people, artists in particular are too easily impressed by any show of technical knowledge and easily bamboozled by con men who can talk jargon. There is too much emphasis placed on fun or amazing ideas and no understanding of the chasm that lies between a pipe dream and a working system. I am not much impressed that Da Vinci dreamed up a helicopter. This is the sort of thing that Sci Fi writers “invent” routinely. Developing a working prototype and then finding a market for the invention is a much bigger challenge. AFAIK da Vinci did no calculation for this design. Had he been able to do so he might have realized that powered flight requires enormous power, the equivalent of a large team of horses. The history of powered flight is essentially a history of the power plants that made them fly.

I find Leonardo da Vinci inspiring and I massively disagree about his flights of fancy like the helicopter design.
There is a big difference between taking existing science thought and turning it into future based science fiction than a man sitting down and drawing a device that he has no rational evidence to believe will work and getting the concept right-ish. Zvuv is really on the money in that people like Dyson get this great credit for invention when in realty they are just the first one to successful market the idea. A lot of really great inventions were made years before they had a use. The propeller was invented over a 100 years before someone put it on a boat. The steam engine is 1000 of years old and it needed metal working to catch up and someone to think what could we do with this energy.
I love the argument that his maths was wrong because everyone seems to be forgetting that the maths is almost always wrong. Einstein’s main claim to fame is that he pointed out Newton’s maths was wrong. We have powered flight because the Wright brothers did not listen to the maths. We travel faster than a horse because we did not listen to the maths.
All of the above said I think the most interesting thing Leonardo da Vinci’s abilities give us is not that he is a genius however that skill-stacking has the ability to give amazing results. If you look at all his skills they are practical for him, they fit together and make sense for him to have. He does not have a diverse range of skills however he has a large range of interlocking knowledge sets and complementary ones at that.

the inflation of his mathematical and engineering ability makes sense when you consider that the judges in question are predominantly art historians.

Except that historians are looking at everyone in his time and not judging him on being wrong compared to our knowledge. He had the best engineering skills of his time because the set up for his day job was picking up heavy things or building scaffolding so he could paint things.

Is Leonardo the dude with the red mask or blue?

The thing about da Vinci is he wasn’t famous for that one idea. There are museums filled with replicas of his inventions. Many of these were brought to life. I think that you’re right to say people maybe over-romanticize classical polymaths when we have such a higher level of technical knowledge and skills proficiency nowadays. There are pianists alive that could outplay Mozart handily. The olympic records of 50 years ago are beaten daily by typical high school students. So on and so on.

For me, I just think about whether this talented person is up her/his own ass and does this stuff to impress others or if they’re genuinely enthralled with learning and practicing these things.

Blue, of course. Red is Raphael.

love the argument that his maths was wrong because everyone seems to be forgetting that the maths is almost always wrong. Einstein’s main claim to fame is that he pointed out Newton’s maths was wrong.

This is more of an FYI, I’m not commenting on your post as a whole since I don’t know about the other points you make (e.g., Wright brothers). However, it wasn’t a question of Newton getting the math wrong and Einstein getting it right. Einstein understood the physics better than Newton. Einstein didn’t correct Newton’s math but helped introduce a paradigm shift.

Agree with this. Newton got his math right. There are no miscalculations in his work on gravity. What he got “wrong” were the fundamental assumptions that he made before developing his theory of gravity. Nor did Einstein get it quite right. His theory explains far more observations than did Newton but still fails at the quantum scale.

I would argue that Newton’s maths is wrong because it does not work for Mercury and Einstein’s maths does.
I am not in anyway saying either of them are not Geniuses however I think it is sort of my point in that for someone to be able to see the world in a way that no one else can is amazing and maybe we need to cut them some slack for the odd mistake along the way.

Newton’s math isn’t wrong. His math didn’t account for orbits like Mercury’s. That does not mean the math is wrong. From his physics equations all the way to his calculus, the math is right.

Albert Einstein’s equations break down at the big bang or the centre of a black hole but there is no physicist or mathematician in the world who dares to say the math itself is wrong. Everyone agrees it is either incomplete or a new type of physics needs to be discovered to connect it to quantum mechanics.

Da Vinci is a different story. His math, the calculations itself are wrong. No case of incompleteness here, just wrong and off.

Except that historians are looking at everyone in his time and not judging him on being wrong compared to our knowledge. He had the best engineering skills of his time because the set up for his day job was picking up heavy things or building scaffolding so he could paint things.

But that is just luck. John Von Neumann, which I would argue is more a universal genius than Da Vinci, was a polymath and a prodigy. However, for John, there was one person during his time that was in the spotlight instead; Albert Einstein.

If Albert Einstein lived during Da Vinci’s time then John would be the true universal genius according to historians because then there would be no one around to overshadow John.

I wonder how Leonardo would’ve been remembered if he had actually published any of his material. From what I understand he made headways in anatomy and civil engineering, but since he didn’t publish his findings, no one could credit him.