I am training to be able to touch type 200 words per minute.

To my understanding, 109 wpm is quite fast than keyboard 90% of users.

Think what it says is actually faster than 97% of the users, the yellow / orange like part that says “top 3%”. Right over the 109 WPM.

Had to go try it, haha

Though I think really the stroke count is a better measure than the WPM. Since the Words are of different length. The longest word I got was Mountain, which perhaps is also a word I do not type very often. So that tends to slow me down because I am not as familiar with the keystrokes for it.

However, a lot of the words are; must you do this to me now when the planet are in it’s new world.

Which are all rather commonly written words. However, should I write; continuous evaluation throughout artisanal cobalt mining industry in Democratic Republic of Congo continues to indicate a prosperous future.
Then I would be greatly slowed down in my WPM and strokes per minute due to the less frequently used words.

Regardless of rather I can touch type or not.

That said, it is a great way to be practicing how to touch type as it also indicates when you have a letter wrong and you can easily go correct it.
It is also handy that there is an actual timer going and automatically calculates it all.

Great job flou on getting to 603 strokes in a minute!

Thanks, however I’m good with my speed. Won’t be useful to write any faster for me.
Outside of dictation and physical document copying, I find it hard to see great benefits in faster typing.

If I am writing a science report, I cannot be writing at 400 characters per minute. Simply because I need to form the sentences.

Maybe with computer coding. Which I do not do, hehe.

Download Klavaro Touch Typing Tutor for free. A very efficient tutor. A touch typing tutor very flexible, supporting customizable keyboard layouts. You can edit and save new or unknown keyboard layouts, as the basic course was designed to not depend...

I’ll use it to learn to type touch in Russian (which I’m learning,) using my normal latin alphabet keyboard. I don’t know if that will mess up my brain a bit.

here’s how it looks 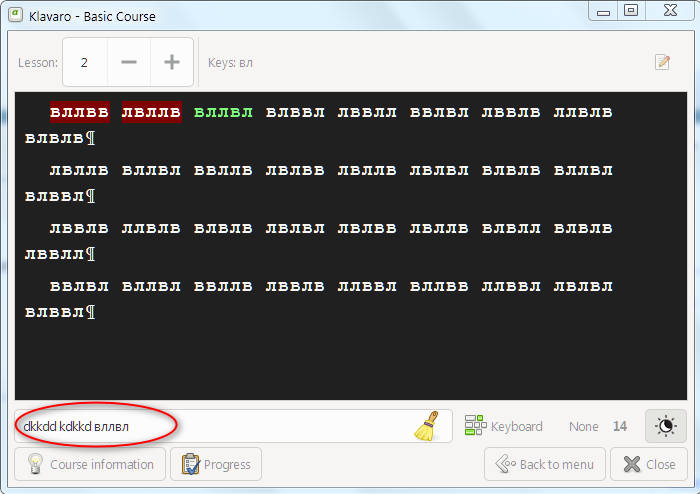 As I was typing here using English, and I went to make the cap… as you see there are “errors” at the beginning of the test then I changed to cyrillic:
keys d and k correspond to в and л

Edit: I forgot to mention that it has all the keyboards apparently. Hebrew, Greek, Korean, etc.

Good work.
I am interested to see the progression on this.
My best on typeracer is 140+, but what I found was that if I am not using a lot of my fingers, it gets harder to go beyond that point because of too many index motions

My typing speed is 320 letters per minute. Is not the best, but still to be pretty good.

Hiya, just wanted to step in and say you have a great progress journal, and it inspired me to pick up touch typing again! My personal best so far is only 94 WPM though.
Love the Chinchilla as well!

It’s well worth learning to touch type. A good touch typist can type in the dark. ( I once owned a keyboard with blank letters). But the biggest advantage is that it becomes transparent. One is not even aware that one is typing. This reduces cognitive load and leaves one free to concentrate on the task not the the process.

Info from the interwebz

The highest typing speed ever recorded was 216 words per minute (wpm), set by Stella Pajunas in 1946, using an IBM electric typewriter. Currently, the fastest English language typist is Barbara Blackburn, who reached a peak typing speed of 212 wpm during a test in 2005, using a Dvorak simplified keyboard.

Josh Foer mentions speed typing in Moonwalking with Einstein - I found his chapter on the “OK plateau” really insightful. Highly recommended If you haven’t read it yet 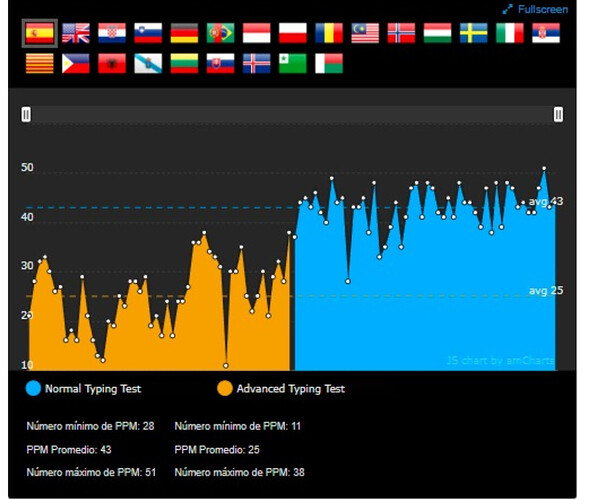