Why the Mongolians are so good in memory competitions?

In Mongolia there are only 4 million people and they have the most world records for memory and the best competitors every competition, so why the Mongolians are so good in memory competitions.?
Is that something genetic?

I think the most plausible and the first guess should be cultural influence. There are many cases where small countries have set their sights on excelling in some sport or competition and done very well.

The genetic argument may seem plausible at first sight but it’s fraught with difficulties.

An alternative. Memory sports are an extremely fringe sport and it could be that there is simply an effective club or interest in memory sports in a region there.

Or another alternative, there are a couple of gifted champions there. It was not that long ago when we were reading books about an untrained adult practicing for a year and becoming competitive.

If the population of competitors was higher it is very likely that the level of competition would increase to a level where the expectation that an untrained adult could ever reach a championship level should disappear.

At that point, I would expect countries with organized practices starting at early ages with progressive levels of competition would probably outperform in general.

I assume you’ve heard of Melik Duyar before… 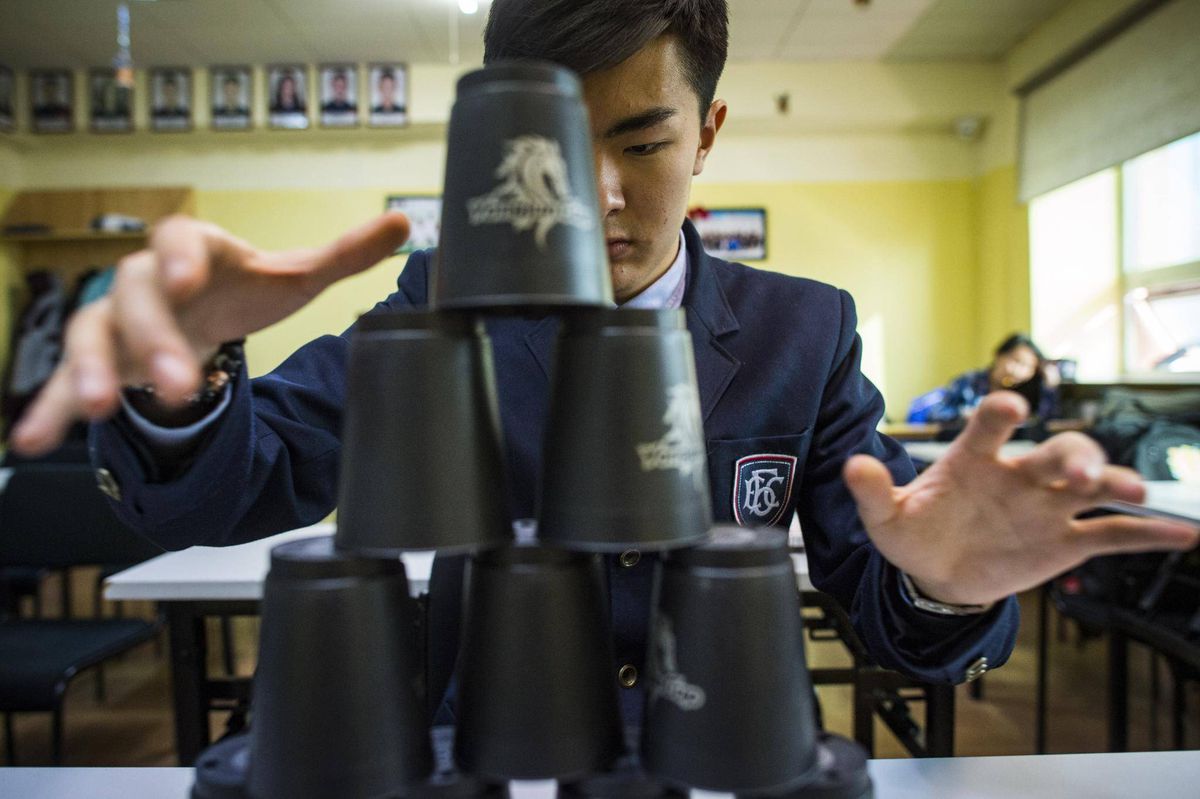 In any other classroom, such a demand might seem impossible. But at the Mongolian Intellectual Academy, students routinely perform seemingly super-human feats, reading at 1,500 words per minute, mentally adding together long strings of numbers, rapidly multiplying eight-digit numbers without a calculator and flawlessly memorizing the order of a deck of cards – the discipline’s 100-metre dash – in barely 20 seconds.

Their godfather is Khatanbaatar, […] who first encountered competitive memorizing while watching the news at law school in Turkey. […] He dashed off to an Internet café and fell headlong into an obsession. When he exhausted what he could learn online, he began training under Melik Duyar, the co-founder of the Memoriad games held every four years – synchronized with the Olympics – and the closest thing memorizing has to a global star.

Khatanbaatar returned to Mongolia, [in] 2009, he began pitching his services. By 2011, he held Mongolia’s first national memory championships. Now, he estimates he has trained more than 15,000 people in different mental sports, some as old as 70.

Convinced memory techniques hold the key to overcoming Mongolia’s struggling academic performance, he has begun rewriting the entire national curriculum to incorporate those methods. This fall, he will open a primary school, with plans to open a middle and a high school, too, in coming years. He has already experimented with young children, teaching multiplication tables to five-year-olds.

…read the whole article for details.

It was not that long ago when we were reading books about an untrained adult practicing for a year and becoming competitive.

More than likely is that if they popularize memory sports there, then there will be more people entering such activities and a concomitant increase in the statistical likelihood of having more award winners.

May I propose an additional explanation?

I didn’t go there, but Mongolia is fascinating. Did you see the landscapes? They are mostly flat. There are some areas where you can walk for hours and get lost by lack of marks.

Now, you may know that the mongolia peoples stayed on a nomadic way of life until very recently, on the large scale of human history (thez were forced to settle during XXth century, mostly by there russian “friends”).

What I think is that their culture adapted: they are more focused on little details that make them know where thez are and where they go: the best pastures, the water , etc.

And nomadic people share interesting chracteristics: strong orality, passed from generations to generations. Those are real oral maps and databases, that are given from parents to childrens, updated, enriched, and very rarely written; therefore known by other means.

I think this kind of cultural evolution can survive a long time, even after thez settle and enter the “modern” sedentary way of life. They don’t have use anymore of intellectual habits to know where this or that is on the gigantic moor. But they acquired habits in their childhood that thez put to work.

Combined with the other factors here described, it could contribute to their feats in memory championship, couldn’t it?