Why do you memorize images for 0-prefixed numbers in your systems?

I was wondering about the advantages of additionally memorizing images for numbers like 05, 001 or 0260. In my experience, the numbers 5, 1, 260 would suffice for all matters as the context always fills the gaps.

Example: Let’s say I need to remember a bank pin with four numbers, say 0847. I could remember 847 (my image would be a FRoG).
When I then need to type it in, I know I need to prepend the 0 to get the four numbers.

Similarly, it works in all othe cases, e.g. a memory athlete who uses a 1000 system
could likewise infer that the frog refers to 0847.

For those who memorize the additional 0-prefixed numbers in there number systems, how do you use them advantageously?

@pwenker, glad to have you as part of our forum!

The majority of the people here (not me though) are interested in competitive memory sports. The numbers used in the events are very long. Maybe you have learned how to “chunk” a large number into four or six digits so that they become an image.

I would suggest as you are using the major system to use the ‘s’ or ‘z’ sound for the number zero wherever it appears then you will not run into problems as has been suggested by Doug above. So 0847 could be visualized as a “Safe Rig” or SAFAIR G. Safair is our local domestic airline and ailse seat G doesn’t exist as seats are numbered ABC, DEF. So I imagine myself seated in any imaginary “G” seat perhaps behind the pilot in the cockpit ala Leonardo Decaprio in the movie “Catch me if you Can”. Hope that helps? 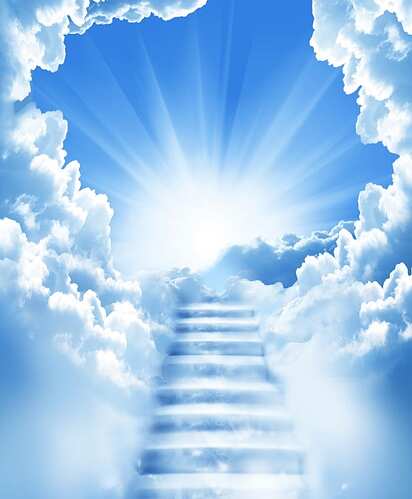 Thanks for all of your answers

I still don’t get it exactly, let me try to rephrase.

Let’s take the beginning digits of the example above.
Say I’m a memory athlete using the major system and need to memorize the following eight digits during competition:

My advantage as a memory athlete would be that I didn’t need to learn images for all the 0-prefixed digits before competition.

What did I get wrong?

What did I get wrong?

Alright, so technically you have 3 digit system completed.

Firstly, the total number of digits may not be constant, particularly in real world scenarios. If you have a 3 digit system and remember 345067 as images for 345 and 67, you also need to remember that the 0 needs to be there. This won’t always be obvious from context

Secondly, if you become proficient with something like the major system, ‘memorising’ an extra 100 digits isn’t a problem. If you see the numbers as letters, you can generate images as quickly as recalling them. 345 is m-r-l. Seeing this as mural might be easier to visualise than seeing it as moral, but both work and work quickly. You almost don’t need to memorise all digits, just practice the numbers you find difficult

The use for memory athletes is mentioned, the difference between 47, 047 and 0047 can be important to them.

If you neglect the first zeros, you will end up with three images

Now, where do you put the zeros?

Surely a system can help, in which case you substitute a zero by a logical system. For example, for a 10-digit phone number you can create a 4-4-2 system. So the first image is 4 digits, the second is also 4, the third is 2.

Then of course it also depends on the kind of system. If it is a 2-digit PA for example, your image for 0407 could become the same as your image for 0047, so you would require a format that distinguishes the two. For a single part major system this problem might be minimal, but the format needs to be clear.

A big point to mind is a string that breaks your system. What if your system is for a 4-digit number but you need to remember a 3-digit number? Will you be able to distinguish 047 from 0047?

Now, your argument for the number lines in competition stands, if your system remains clear. If each image represents 4 digits, any image representing less digits would be preceded by zeros. Clear rule, and it can work.

What you might increase is repetition. a four digit major system, with additional 3-, 2- and 1- digit images will give you 11.110 images to know. if you remove everything preceded by a 0, that will allow you to lose 1110 images. Which in turn means that 11.1% of your images will have multiple meanings to them, and context will have to prove which meaning is the one you need.

In the end, every system has benefits and downsides. You will have to find a system that works best for you.

That depends on knowing that a digit is missing which entails knowing how many digits were in the number. These kinds of conventions can work well eg we don’t put a + sign in front of positive numbers - we set that as the default.

Most people need to remember numbers of various lengths and in many cases a leading zero or two or even three might be important to retain.

I actually have have images for all numbers from 1 to 9999.
But let’s assume for arguments sake, I know those from 1-999, then I would memorize it as follows:

You don’t want to keep ambiguous data in your memory palace. That may be problematic. As earlier mentioned you may have situation in which you have to differentiate between 05 and 5. It’s easier to have additional number of images than to think later what 5 represents. Would kt be 5? or 005? or maybe 00005?

Now, your argument for the number lines in competition stands, if your system remains clear. If each image represents 4 digits, any image representing less digits would be preceded by zeros. Clear rule, and it can work.

What you might increase is repetition. a four digit major system, with additional 3-, 2- and 1- digit images will give you 11.110 images to know. if you remove everything preceded by a 0, that will allow you to lose 1110 images. Which in turn means that 11.1% of your images will have multiple meanings to them, and context will have to prove which meaning is the one you need.

That’s basically my idea. I save the time of memorizing images of 1110 numbers. Which amounts to a lot of time. However my experience is that the context is in practice always there to help distinguish between potential ambiguous mappings. So I don’t experience any drawbacks.

Can you provide me with an example of such problematic situations? I haven’t encountered a single one (during 13 years of using the major system) where the ambiguity wasn’t immediately resolved by the context. :).

@pwenker, Now that I see your system more clearly, I don’t think it would pose any problems. I think your rules are good for conversion and converting back. It’s only when you would have less than four numbers to work with for a chunk that it might be an issue unless you knew the length of the chunk.

That’s a really interesting example because of the point.
How I’d memorize it is the following way:
I memorize the numbers 602 (Jason Bourne) and 23 (Nemo).
Now, admittedly, it’s ambiguous where to put the dot in 602 and the context doesn’t suffice entirely.
But in my experience, in those (very very rare) instances, I usually just happen to remember it (maybe because I spend some time thinking about the ambiguity in advance). Or, as a last resort it’s easy to include the necessary information into the image story. Here, for example:
“Jason Bourne shoots 6 holes into Nemo” (that’s sufficiently different from 60 holes).

Well, that’s not really a leading zero though… it just appears that way because you’ve chunked it. Probably, you should know about you decimal precision, so then the “left-padding” wouldn’t be a problem. Real question is why you didn’t use 602 instead.

I guess it’s matter of preference - you asked why we use leading 0. This is my argument why I use it. I could rely on "I’ll remember where to put 0 or where to put decimal point’, but because of my mild OCD I prefer to have everything organized in unambiguous way

Simple example. You’re memorising a phone number. You don’t really know if phone numbers in that country are 5,6, 7 or 8 digits