Which is your best Anime?

I just started to watch anime , and my first anime series that I watched today is ERASED.

And my next anime series is Death note and the attack on titans.

It would be wrong to say that I never watched anime, I already watched Pokemon, Beyblade, Doremon, Shinchan and so on…
that are the most popular anime in india but many people like to call it as cartoons.

Comment your favourite anime series that you liked most.

My favourite anime was Dragonball Z but I consider Deathnote one of the best anime series ever.

I would also recommend to anyone the show Avatar: The Last Airbender. It is not an anime but it is by many considered one of the best shows of all time. It is a show for children but the story, animation, lore and voice-acting are top-notch for its category.

I have watched over a year of anime in hours, it is nearly impossible for me to pick a favourite. It is easier for a season.

I would definitely also recommend Dr.Stone

I just finished death note.
It is mind blowing , If someone here that never watched this, I recommend you to watch.

I have no words how much I am satisfied with this anime.

I am looking for short anime series , anyone anime lover here, who can suggest me best anime to watch.

When I first time watched One Punch Man , It’s looking like Lucky Man (I watched this in childhood.)

Lucky man - he always wins with the luck. However enemy is so strong. (One weakness , his luck only work if sun is appeared otherwise he will lose) 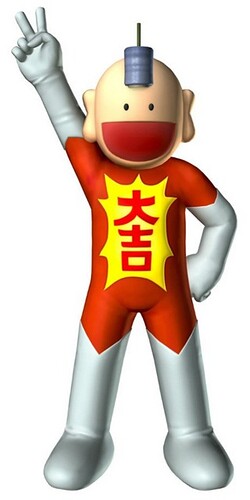 Some of the most loved:

DBZ (Dragonball Z)
FMA (Full Metal Alchemist Brotherhood)
Death Note
My Hero Academia
Yu Yu Hakusho
Parasite
Did not see Naruto and Bleach mentioned - but skip all the filler episodes. There are lists online telling which ones are actual episodes and which ones are fillers.

This ones above should take you a few years to watch them all.

I didn’t know much about anime either, so I decided to start with the Big 3. I watched Naruto and its continuation of Naruto Shippuden, Bleach, and One Piece. One Piece is still going, but I’m caught up. Just letting some episodes pile up so I can watch many at the same time. I thought they were all good for different reasons, but yes there are filler episodes. The fillers of One Piece were more tolerable in my opinion than those in Naruto. Bleach had side arcs which were still entertaining as well. Since Naruto was first though, it will always have a special place in my viewing history.

Other Anime I’ve seen and liked:
Death note was great, but I was disappointed with how short the series was since it gets so much praise.
Fullmetal Alchemist was great, the Brotherhood version is supposedly better but I have only seen the first so far, and it summarizes the first series in its first portion.
My Hero Academia
Hunter x Hunter
Demon Slayer: Kimetsu no Yaiba, good but also short.
One Punch Man - Satire about superheroes, pretty funny
The Disastrous Like of Saiki K
Haikyuu! This was a sports anime, very different from the others, but I enjoyed it a lot. It’s about a middle school men’s volleyball team.

I loved Avatar: The Last Airbender, but not sure that’s anime.
I liked Korra, its sequel, but not as much.
Blood of Zeus was good.
Wasn’t a fan of Jojo’s Bizarre Adventure, maybe it’s the accents.
I watched Pokemon and Yugioh as a kid too.

This is all according to my opinions though, you should look up stuff about these shows and decide on your own which ones you might be interested in. I might be completely wrong about some or all of these. Good luck!