Hello fellow memory persons! (I have not yet learned how to spell the proper definition with mne… 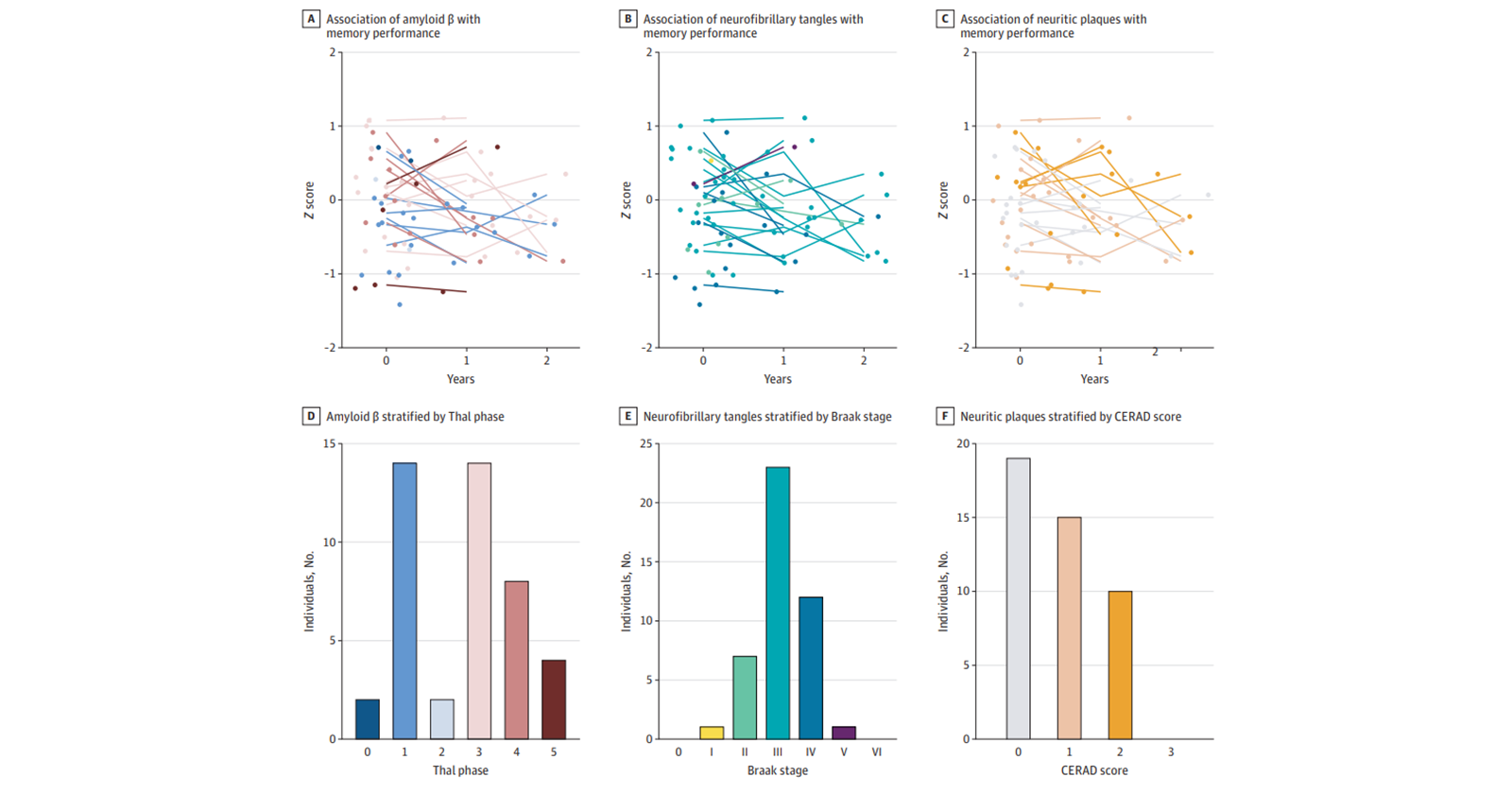 Trajectories of Cognitive Functions in Centenarians

This cohort study examines trajectories of cognitive function and their associations with cognitive reserve, physical health, and postmortem levels of neuropathology associated with Alzheimer disease in Dutch centenarians.

The one thing I found very interesting is

Which was derived in this article: How Exceptional 100-Year-Olds Keep Their Minds Sharp | Psychology Today
Otherwise I would not have made that out in the main article due to not understanding the values for Amyloid-beta, Neurofibrillary tangles and Neuritic plaques.

(Though the Psychology Today article is not all that truth to the story in all cases.)

One thing I am missing though, is a description of the “current cognitive activity”.

I tend to generally consider, that the “secret” to staying cognitively well through age is by continuing to use your brain (read, learn things, challenge your thoughts etc. etc.). By way of example would be Charlie Munger (97) and Warren Buffett (90).

Although, I also do know of at least one people who continued to stay active with learning etc. yet have ended up with some cognitive dysfunction. Not sure of the specifics of the neurological disorder the person has though, but something that came out of the blue.

If you are short on time, you can skip to their Discussion session which, among more, says:>

Resilience may be further explained by the build-up of cognitive reserve.15,56 This concept relates to having more neural resources available by inheritance or lifetime training, allowing higher levels of brain damage to accumulate before clinical symptoms appear.15 We found that next to physical health factors, factors of cognitive reserve such as education, frequency of cognitive activity, and premorbid IQ were associated with cognitive performance.

Otherwise, I encourage you to read or skim through the report. It ain’t a lot of text, most of it is graphs and tables.

I hope this comment is not far off topic.

It so happens I have recently been reading up on centenarians athletes.

For a ling time, I have been in awe of elderly athletes, but when I learned about these folk, I nearly flipped my lid—in a good way of course, these folks are amazing.

In the sport of athletics, centenarian competitors were recorded in the early 20th century, and have become increasingly common in the 21st century. This has occurred during a period of population ageing and increased longevity in wealthy countries, alongside a corresponding development of masters track and field competitions, such as the Senior Olympics and the World Masters Athletics Championships. Stanisław Kowalski and Hidekichi Miyazaki at age 105 are two of the oldest centenarian masters t...

I’d say it falls well within the topic

The study also talks about being physically active could be helpful in continuous cognitive function - although it doesn’t specify much on it. The research seemed to only account for common daily activities, without much thought on other physical activities.

At any rate, much research (without having any specifics) seem to suggest physical exercise promotes a healthy cognitive function (regardless of age).

Which, personally, I do not need research to tell me. Considering how physical exercises does require a large portion of cognitive abilities. (Maybe leisure walking wouldn’t be too beneficial, though adding walking sticks or a specific walking pattern such as swinging with the arms and / or walking faster could likely be considered requiring some thought process).