Hello everyone, I’m starting to memorize my PAO system, am currently assigning a Person to every number, and I have a simple question:

The first number I have to memorize are supposed to be

I use images for 00-99 in my 2-digit system and have separate images for 0-9 that are based on a number shape system.

I don’t use PAO, but I would use a 2-digit image (32 = Amneris from Aida) with a 1-digit image (1 = candle). If you’re using PAO you could probably use the person image along with a number shape.

There are a few ways to do this and there is no right or wrong. Some competitors with PAO lists simply overlap them during the historical dates event. Your example would be “1321 something happened”. First the 1 is dropped because that’s basically always the same and then you use 32 and 21 images with the event… overlapping in the middle (the 2 in 321).

Obviously, PAO is meant for 6 digit chunks and you can abbreviate it quickly to PA or PO if it’s only 4 digits. If you’re not aiming at speed (i.e., outside of competition) you might as well just go through the exercise of creating a 3 digits image: 321 could be mint, mind, mount, minute, etc.

I use the person of my PAO and a number shape.

I actually use several different systems, depending on the situation. It isn’t quite as neat and consistent as I’d like, but it’s just how things developed.

For most number memorization, I rely on the Major System for numbers above 10. For 1-10, I use a rhyming system, except for 0. 0 is an egg.

I found, though, that when I went to memorize the first 100 digits of pi, I needed a different approach. I’m memorizing it in six-number groups, which equals three images per location in the memory journey I’m using. Because I needed additional help differentiating between each group of six numbers, I decided I needed a people-based PAO system. I then use those people to represent the first two-digit sequence in each six-digit block, just so I have a better idea of when I’ve moved on to a new group of numbers and also so that I have a person who can interact with the other objects in that location. For example, 067982 is Steve Jobs wearing a cape and waving a fan. Without using a person for those first two numbers, I’d have an egg, a pile of sticks, a cape and a fan. Do-able, but maybe not as memorable.

Thanks it’s a good example, am gonna see how i do it, one last thing.

Have you ever dealt with dots? For example, I have to memorize many numbers with dots (332.23), where the position of the dots its essential but not always consistent nor predictable. Not sure how can a deal with this issue.

Have you ever dealt with dots? For example, I have to memorize many numbers with dots (332.23), where the position of the dots its essential but not always consistent nor predictable.

I have included Chick Norris in my PAO, its great haha

Sure, just pretend it’s a 2-digit number and assign a PAO to it:

Obviously there’s no major system code for it, but you can pick something related to polka dots maybe Marilyn Monroe in a polka dot bikini with an A on an O: 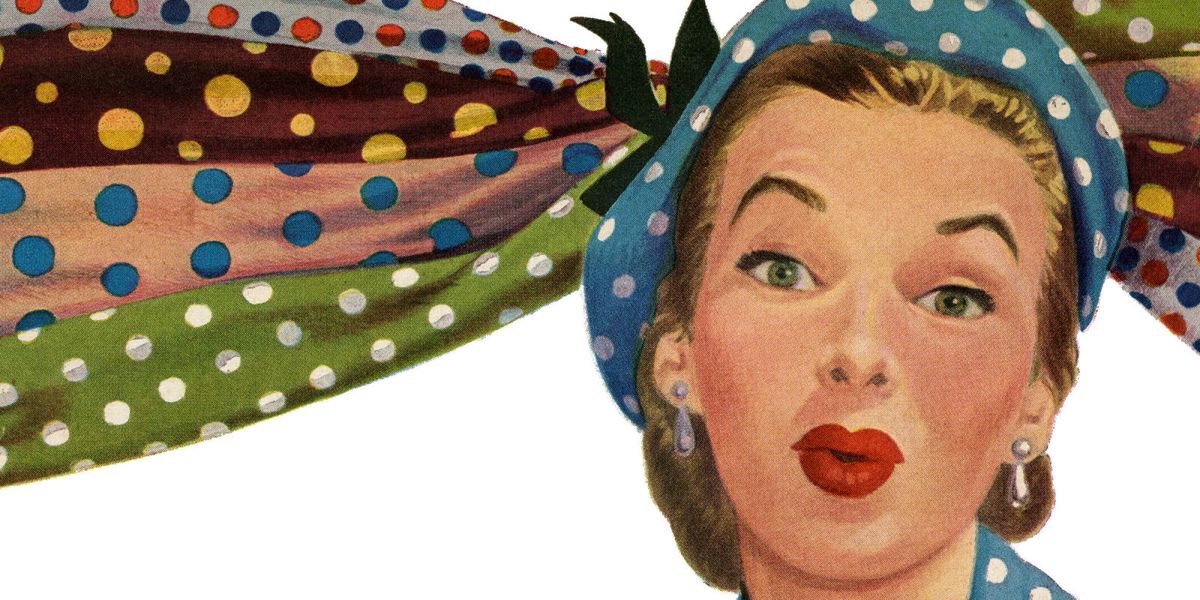 The History of Polka Dots in Photos

"There is never a wrong time for a polka dot." - Marc Jacobs

I haven’t dealt with this, but I like Bjoern’s approach: Create an image specifically for the “dot” (which in the U.S. we formally call a “decimal point” or “point” for short). And I also like his suggestion that it be directly related to the dot itself, so it remains distinct from all of your other images. A polka-dot dress is perfect. But if you think of it as a “point,” maybe someone with a giant hand pointing at the ground (where the point would be if the numbers were real people). I think the trick is to choose an image that won’t get confused with something else you’re already using but which is also strong enough to not get overlooked as you’re recalling the numbers.

One other thing to consider: Since you’re memorizing a lot of numbers that include dots in them, that means your “dot” image is going to be coming up a lot. That could cause some confusion. It may help to have an image for “dot” that naturally connects the images on either side of it. If Marilyn Monroe is in a polka-dot dress, maybe she’s also holding hands with the images/numbers she’s standing between, providing some kind of connection with those specific numbers. (This might work even better if your images are objects rather than people; Marilyn holding hands with lots of different people could also get confusing, but if she’s holding different objects in those hands, that would help differentiate your numbers for recall.)

Sorry I can’t be more help. I’ve tended to avoid anything number/math related since leaving school (many, many years ago!).

I had the same challenge! How do I deal with that?
I added images for 0-9 positions with the same strategy I did with 00-99.

When I have a number with 5 positions I do something like this:

It works quite fine.

Thanks for the advise i will create a PAO for 0 to 9, i see this as a more flexible method as i can put memorize more freely.

Thanks, i will create a image for dots and place it between the numbers, hope it works well