Does anybody know where I can get my hands on an English translation of the Phoenix by Peter of Ravenna?

NO but try these two books they go into great detail and discuss the Peter indepth and how he used the palaces for law.

1.The Art of Memory Yates 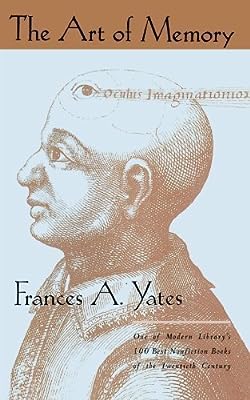 The Art of Memory by Frances A. Yates (2001) Paperback 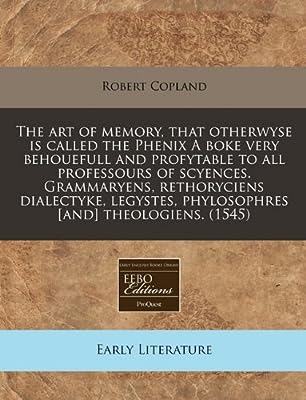 I just stumbled across these pages:

I recently ordered: The Art of Memory: Translated from Petrus Tommai's French Edition: Copland, Robert, Wilson, Malamatenia, Pena, Janelle: 9781545237106: Amazon.com: Books
and from what I can tell from the preview, the authors translate some of the archaic English into modern form. I’ll do a review on this book when I receive it.

Ok, I received the book. Most of it is written in Early Modern English, but it has a lot of Middle English words and syntax, making it hard to read. I’m in the process of modernizing the text so that I can better read it for myself.

On a side note, I knew that the book was small, but I was surprised just how small the text was. I’ve translated about 10% of the text and I’ve barely cracked a page on printer paper.

I’ve come across a recent text The Memory Arts in Renaissance England: A Critical Anthology edited by William E. Engel, Rory Loughnane, and Grant Williams (Cambridge University Press, 2016). (Google books should let you preview most of it, if it helps.) It contains an extended excerpt of about 5 pages of The Phoenix from the opening three chapters of Robert Copland’s translation, which they consider weak. They also include a synopsis of the other 9 chapters. Copland apparently didn’t acknowledge Ravenna as the original author, not did he supply the name of the French text he purports to translate.

I’ve got feelers out to a few classicists to see if anyone has a personal translation from the Latin that they’re willing to share.

As for the size of the text, I know what you mean. I’ve recently acquired a 1799 edition of Richard Grey’s Memoria Technica which is both smaller and denser than I had expected.

This also reminds me that I’ve been wanting to re-publish copies of some of the public domain classical memory texts (and/or translations) in modern typesetting/binding as a series. If anyone wants to lend a hand with creating/editing such a thing let me know.

Thanks for those links!

Originally I wanted to translate the original Latin texts, but I felt like that was better put to rest and that I should first try to translate it from the English version since I can actually speak it.

Iirc, there was an Italian version of the book as well.

I haven’t searched all the versions of Peter of Ravenna’s name (yet) in all locations, but I recall hearing of an Italian version as well (and it’s likely that there was one given its popularity).

A bit of digging around this morning has uncovered a digital copy of a French translation in the Bibliothèque interuniversitaire de santé (Paris).:

Given the date and the scant 16 pages, this is likely to be the edition which was the source of Robert Copland’s English translation. As the edition doesn’t appear to have an author, it’s possible that this was the reason that Copland’s translation didn’t list one either.

The Latin → French → middle English → modern English route seems an awfully muddy way to go, but without anything else, it may have to suffice for some of us for the moment.

With some continued clever searching today along with some help from an expert in Elizabethan English, I’ve found an online version of Robert Copland’s (poor) translation from the French, some notes, and a few resources for assisting in reading it for those who need the help.

This is a free text transcription and will be easier to read than the original black-letter Elizabethan English version.

For those without the background in Elizabethan English, here are a few tips/hints:

For the more obscure/non-obvious words:

Finally, keep in mind that the letter “y” can often be a printer’s substitution for the English thorn character Þ, so you’ll often see the abbreviations yͤ for “the” and yͭ as an abbreviation for “that”.

Copland’s original English, first printing of Ravenna can be accessed electronically through a paid Proquest account at most universities. It is listed as STC 24112 if you have access to a firewall-free site that lets you look at books on Early English Books Online (EEBO). A photocopy can be obtained through EEBO reprints on Amazon. Unless you’ve got some reasonable experience with Elizabethan black-latter typography, expect this version to be hard to read. It isn’t annotated or modernized.

@ehcolston I’m curious to hear what the Wilson/Pena text looks like. I’m guessing it’s not scholarly. I think Wilson is a recent college grad and is/was a publishing intern at a company in the LA Area. I’m not sure of Pena’s background. I suspect it may be a version of the transcribed text I’ve linked with a modest updating of the middle English which they’ve self-published on Amazon.

Of course, given the multiple translations here, if anyone is aware of a more solid translation of the original Latin text into English, do let us know. The careful observer will notice that the Latin version is the longest, the French quite a bit shorter, and the English (Copland) incredibly short, so there appears to be some untranslated material in there somewhere.

@ehcolston I’m curious to hear what the Wilson/Pena text looks like. I’m guessing it’s not scholarly. I think Wilson is a recent college grad and is/was a publishing intern at a company in the LA Area. I’m not sure of Pena’s background. I suspect it may be a version of the transcribed text I’ve linked with a modest updating of the middle English which they’ve self-published on Amazon.

It’s not what I expected. I was under the assumption that most of the more archaic words were translated for you and that there were descriptions that gave you an overall summary of the text. Unfortunately, such translations are very sparse throughout the text.

Of course, given the multiple translations here, if anyone is aware of a more solid translation of the original Latin text into English, do let us know. The careful observer will notice that the Latin version is the longest, the French quite a bit shorter, and the English (Copland) incredibly short, so there appears to be some untranslated material in there somewhere.

Yeah, eventually I’ll have to go to the Latin material since this translation is poorer than I realized. I took Latin back in high school and know some people who know it somewhat well, so I’m sure I’ll be fine in the end. Especially since Latin isn’t that bad of a language when you look past the memory load.

I have had an interest in Peter of Ravenna for a while. Funnily enough, I took up mnemotechnics several years ago then had a hiatus. It was Latin the recently got me back into mnemotechnics.

I’ve been working on a translation in my free time, but it is taking a long time, especially as I’m relying on a dictionary a lot.

In the book, Peter of Ravenna goes over the basic principles of how to make a route through a memory palace. Then he goes on to detail how to memorise a list of people. Then he says that he allocates a person to each person to each letter of the alphabet.

For example he has Raymond as his image for R.

Then his system of memorising three letters is interesting. It’s probably more suited for memorising Italin/Latin where there are less consonant clusters.

It is a person-object type system. The persons are the people alphabet detailed earlier.

You don’t have to encode the whole word. A couple of letters will do, perhaps just the first one or two syllables. You can also attach letters from his people alphabet. The example he gives is “pater” (father), which he encodes by sticking Paul in front of the syllable TER, “Raimundum accipiam telam in manu” - Raymond taking a web in his hand.

Of course a lot of other words are just encoded by just imagining the thing, e.g. Emperor, by an Emperor.

He’s got a system of categorising law by the colour of the book, but I haven’t read that thouroughly.

I haven’t read the preface etc. thouroughly, but from what I understand, it’s mostly endorsements from famous people etc.