"Our brains reveal our choices before we're even aware of them, study finds"

A new UNSW study suggests we have less control over our personal choices than we think, and that unconscious brain activity determines our choices well before we are aware of them.

Published in Scientific Reports today, an experiment carried out in the Future Minds Lab at UNSW School of Psychology showed that free choices about what to think can be predicted from patterns of brain activity 11 seconds before people consciously chose what to think about. 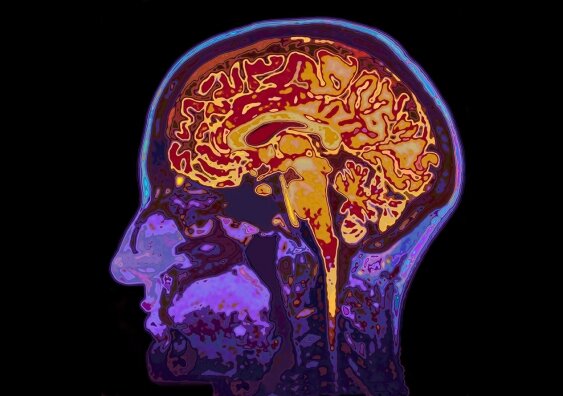 Our brains reveal our choices before we're even aware of them, study finds

A new UNSW study suggests we have less control over our personal choices than we think, and that unconscious brain activity determines our choices well before we are aware of them.

In previous experiments applying MVPA to study decision processes, predictive information about choices has been interpreted as evidence for nonconscious decision making7,8,9. Thus, it could be possible to interpret our results as the imagery decision being made (at least partly) non-consciously, supporting the idea that subjective sensation of making the decision emerges after the decision is already made7,9,32,33.

An alternative hypothesis is that these results reflect decisional mechanisms that rely on spontaneously generated visual representations present before the decision. Since the goal of the task was to randomly choose and imagine a grating as vividly as possible, one strategy might be to choose the pattern that is spontaneously more strongly represented. In other words, spontaneous grating representations might stochastically fluctuate in strength while remaining weak compared to voluntary imagery. Thus, prior to the decision, one grating representation might dominate, hence being more prone to decisional thought-selection. An analogous interpretation has been advanced to explain the buildup of neural activity prior to self-initiated movements, aka readiness potential37.

Interestingly, it has been recently shown that self-initiated movements can be aborted even after the onset of predictive neural signals38, suggesting that the decision can be somewhat dissociated from predictive neural signals. Therefore, our results can be explained by a conscious choice that relies on weak neural representations during the decision production; perhaps analogous to blindsight39, subliminal priming studies40,41 or nonconscious decisional accumulation42. Such a mechanism is intriguing in light of theories of mental imagery and thought generation that propose involuntary thought intrusion as both an everyday event, and, in extreme cases, a component of mental disorders like PTSD43,44.

In summary, we think that the best way to explain our results is not in terms of unconscious decision processes (as it has been advanced previously in the literature), but rather by a process in which a decision (which could be conscious) is informed by weak sensory representations.

This has been known for a long time. I wish more people knew this and what this really means.

Somewhat touches the theme of this movie, It is fiction though.

Directed by Vijay Lalwani. With Farhan Akhtar, Deepika Padukone, Ram Kapoor, Shefali Shah. Unlucky in love and bullied at work, an office drone is resigned to his dead-end life until it's transformed by mysterious calls from - himself.

Maybe the participants were just so bored they were on ‘automatic pilot’ ?

Maybe this study is one of the 5% that happened to have a statistically significant result by chance?