The best memory time I have was when I was preparing for mathematics exams. Then I worked as a professional data analyst, work has been really hard. I never felt exhausted until I started work. Investing time in self-development was impossible. Recently, I figured out the problem which was I thought too big. Just split a big problem into a small sequence of steps.

My goal here is to practice memory methods and writing ( make use of English). I have troubles with memory loss when my body changed a lot. The first thing is that I didn’t do any physical exercises and anxieties come from others during the pandemic. I didn’t eat well during the unemployment. Many problems squeezed into big troubles.

I’m reading The Memory Code and Memory Craft by @LynneKelly. Very inspired by her writing. I decided to use her recipe to cope with my memory loss.

Thank you so much for such a lovely comment. All the very best with your projects. I’d love to see your Visual Alphabet - and get updates here as you progress.

Since I recognized my body has been regressing functionally, I have to be serious about some decisions, such as being disciplined, sleep on time, eat on time. I was surprised or not really surprised to see this outcome. It was from a year of inactivities and stresses at work and pandemic. I also found out about the mouth muscle was somehow not listening to my commands. If you’re a second language learner, you’ll probably experience similarly when practising pronunciation.

The reason why I lost momentum is I had sports injuries, unfortunately. I have to rest but I can do brain exercises.

Everyone can do it. Everyone can rapidly develop the ability to create memorable pictures in their heads. However, it doesn’t mean you don’t have to do anything. The first thing is to invest some time into organizing a piece of big information into chunks of information that flow in a logical order. By logical order, it’s not talking about the philosophy of logic, from premises to conclusion. something makes sense to you, sometimes only you. In western countries, many people would use alphabetical orders. Unfortunately, Chinese does not have some orders like alphabetical orders. Chinese was not made for this purpose, you’re welcome to disagree with me. During 1950, linguistics before PRC invented a new system based on the English grammar due to the Hundred Days’ Reform. The learning system is also based on time, i suppose.

Another key to the system is the association mentioned by Dominic O’Brien. It’s the foundation for any memory method. In other words, our brains like to spot on similarities between objects in the universe.

Lynne’s visual alphabets is based on animals and humans. however, I found out that you can use anything to form visual alphabets. Last week i went on holiday with friends, and we played games in the car on the way to climbing. the games were to name objects on the basis of categories. We tried cars, fashion brands, countries. In this case, let’s try the same way Lynne did.

Let’s start with the superhero genre.

I started with 26 rows and 2 columns with values of Marvel and DC.

However, animals are not my strength.

20:56 - I went for cooking and I noticed my shrimp I bought a few days ago got the dark spot. having quickly googled, it was because of the enzyme process causing oxidation in the shrimp. I actually had no idea about the word enzyme.

/ˈɛnzʌɪm/ the whole process is called the biochemical reaction. An enzyme is a substance produced by a living organism acting as a catalyst.

I’m not sure about how to memorize this information but the best way is to extract some keywords and make them into bullet points.

Anyway, I went on the Marvel website. It’s great that they have a tab called character.

the characters I added were as follows:

My approach would be to select those I know in the first column and those I’m interested to know in the second column.

Tomorrow, I’d read their backgrounds and make slides about them.

Currently, I’m writing a script for my analysis&presentation tomorrow. I always not a big fan of presenting&public speaking in English under the pressure. I wish I can be better.

There are some things missing definitely. For all inputs, I’m good at it as long as the vocabulary isn’t too complicated. To present, it’s from writing for sure. I just wondered if there are ways I can practice daily. I’m so serious about it. Because whether I can English professionally well determines my life quality and career.

Recently, it’s been busy with interviews. I just finished a 48-hour challenge and got a rejection today. But anyway I’d keep trying.

I still find building the visual alphabet is hard because I constantly check out my sheet.

I noticed Lnnye Kelly would make lots of action between her characters.

Let me just tried the same.

I’ll begin with Ant-man whose name actually is Scott Lang. So Ant-man shrinks to Black Widow’s ear, and Black Widow takes her two twin Glock 26 pistols shooting Ant-man and the captain of America, who uses his shield to defend and about to throw Thor’s hammer to Deadpool, who draws his swords and chops Electro but he manipulates electricities to avoid the attack and at the same time Electro absorbs the lighting of Flash.

Okay, I just practice these 4 characters.

Talking about interviews, you could make a memory palace of your skills and qualifications.

When in an interview, sometimes you forgot to mention e.g. that you’ve had experience doing X, and you only remember after the interview.

Also, filing information about yourself under each category of questions they might ask.

Sorry, life has been hectic. I didn’t do too much work. I figured out me is a visual learner. I have to use something I know really well like powerpoint. It’s crazy that I’d create all graphs to guide my thinking. such as 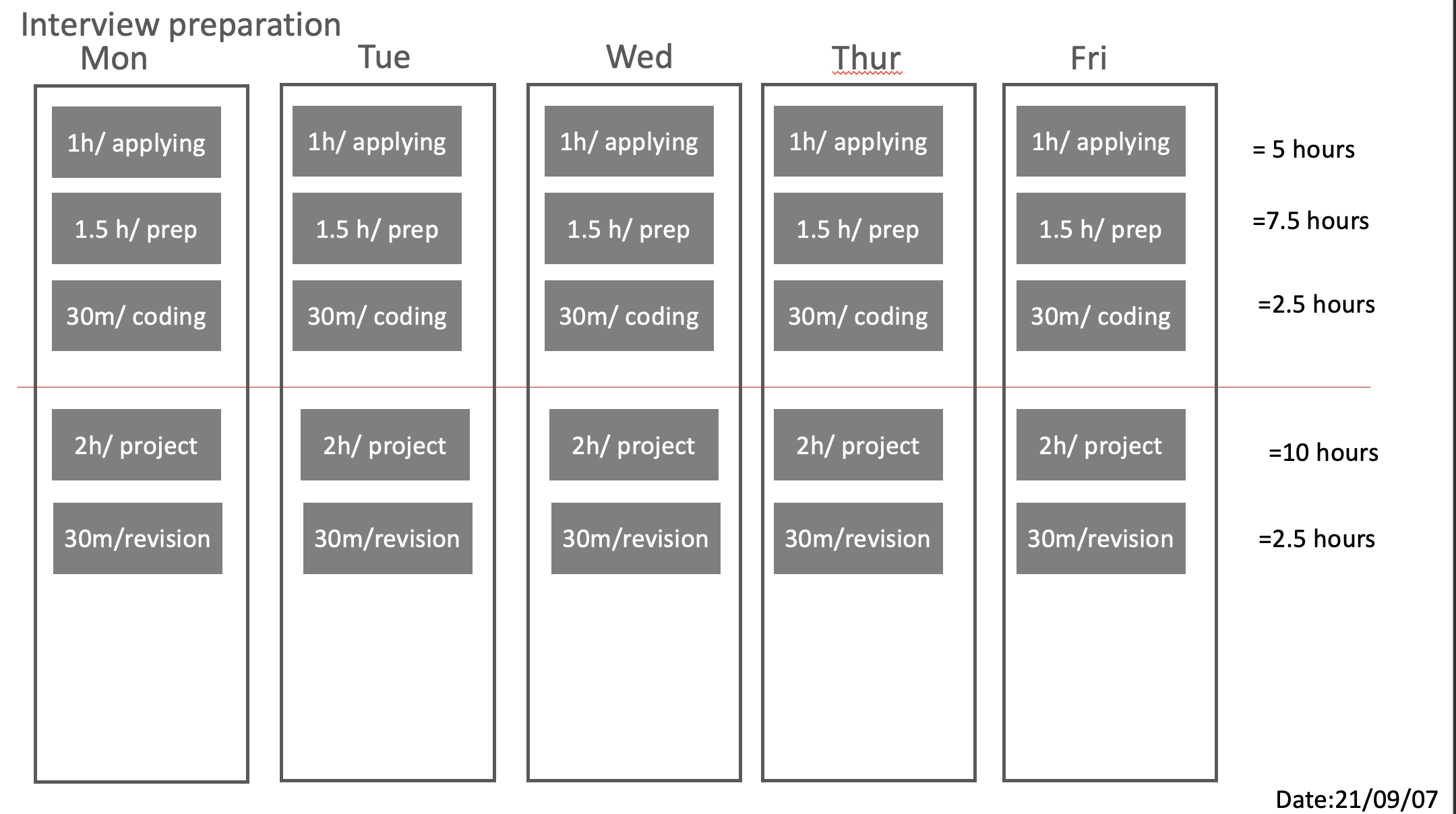 at the moment, I’m preparing for answers verbally for interviews. Meanwhile, I guess a good thing to do is to memorize the page about Machine learning glossary. Love it.

I was thinking of time wise. If I can give it 30 minutes for starter. it’d better than nothing tbh.

Life has been crazy. I often want to find a time to train my memory but I couldn’t.

I guess I didn’t think clearly about instructions and hence I became inactionable.

I think I start to lose my memorization abilities. Scraying.