That may not be an option if you have a memory palace in Hong Kong because you used to live there, but now you live in New York…

How do you review your memory palace?

When Building palaces early on, it helps to be there physically, but I have always done my recalls mentally for two reasons.

You might not be able to revisit the place, like @bjoern.gumboldt mentioned as well, so you want to prime your mind on gathering the information during the first visit. But also because you want to solidify the palace in your mind, not in your perception.

you want to prime your mind on gathering the information during the first visit.

That becomes especially important if you pick something that is not static over time. The below is a great memory palace. I have used seven of the rides with 20 locations each and another three palaces along the walk between the rides. That gives me a total of 200 locations… BUT the map I have in my mind is from 2015/2016.

The problem is of course, that you can’t tell Universal Studios to please not move things around only because you’ve created such a nice memory palace there. For me it’s easiest to just keep a mental version that resembles the way I’ve first encountered the place… maybe other people will rework their mental representation to match the new reality, but to me that’s just unnecessary work it seems. 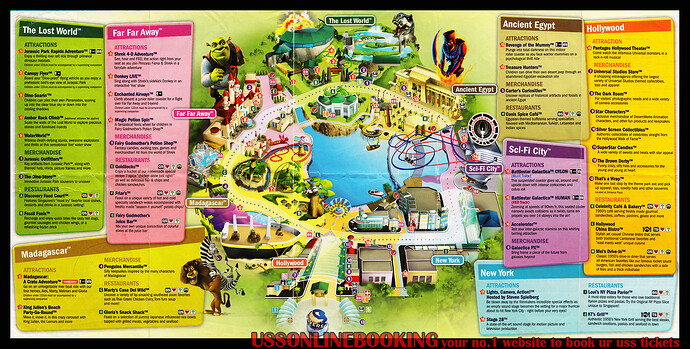 Of course if you get really lucky somebody will freeze the moment in time for you on YouTube… so reviewing this ride from a distance is absolutely no problem. Though I do like to visit the place at least once before… it’s just better to have been through the 3d space before.

Lastly, don’t forget that it also has to do a little with the number of locations you use. Like I said, the entire ride is 20 locations for me. If you look at some of @Mayarra’s virtual palaces from video games that she has posted, that number could likely be 100 locations for her…

I space my things out a little more, because that just makes it easier for me to not skip locations. Now this may not be true for other people maybe you can easily fit 100 or even 200 locations inside this ride. I am actually using both the entrance and the exit as well, because the ride itself comes to me naturally as 18 different locations.

That said, I’m also not a fan of this “imagine yourself as a mouse” and you can find 20 locations in your bedroom. For me it’s bedroom and done… I don’t place things on four walls and four corner, etc. But that’s all personal preference… just trying to show you there’s not just one way to do this.

Out of curiosity… how many locations would both of you put along this ride?