Medieval manuscript with mnemonic devices hidden in the images

I think I have found mnemonic devices hidden in the images in a medieval manuscript, Yale University Beinecke Library ms 408, the Voynich Manuscript. My ideas are shown at: 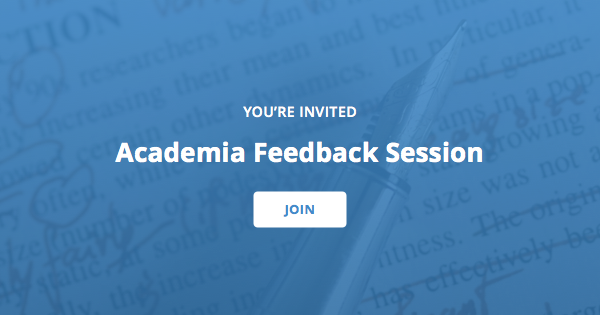 Voynich Manuscript Solution, proposed, mnemonic and other devices found in...

An invitation to join Don Hoffmann's Session on Academia.edu.

If any readers know of additional hidden thing or person images used as mnemonic devices or of ladies hidden in trees from before about 1500 AD that might be pertinent to this idea, I would very much like to hear about it (or them). I am also interested in the opinions of others about this, even if you just want to say I have an overactive imagination.

It’s a very interesting idea that mnemonics might be hidden in the Voynich Manuscript, but I’m not seeing some of those associations.

It has been suggested that some illustrations in the books оf an Italian engineer, Giovanni Fontana, slightly resemble Voynich illustrations. Fontana was familiar with cryptography and used it in his books, although he didn’t use the Voynich script but a simple substitution cipher. In the book Secretum de thesauro experimentorum ymaginationis hominum (Secret of the treasure-room of experiments in man’s imagination), written c. 1430, Fontana described mnemonic machines, written in his cypher. At least Bellicorum instrumentorum liber and this book used a cryptographic system, described as a simple, rational cipher, based on signs without letters or numbers.

That book that the page cites looks interesting:

The Gallery of Memory In the book Secretum de thesauro experimentorum ymaginationis hominum (Secret of the treasure-room of experiments in man's imagination), written ca. 1430, Fontana described mnemonic machines, written in his cypher. At least Bellicorum instrumentorum liber and this book used a cryptographic system, described as a simple, rational cipher, based on signs without letters or numbers. It has been suggested that some illustrations slightly resemble Voynich illustrations. During this time he als

It would be fun to get a copy of the manuscript and look more closely. Maybe there is some kind of decryption key hidden in the images. I wonder if there are any good books about the history or cryptography that might offer clues about what techniques that were known back then.

I did not expect to convince anyone that all of the associations are possible or probable. Especially since, to date, no one I know of researching the Voynich Manuscript has admitted to seeing any of them, not the birds or animals nor the people or other things. Not one.

I have admitted to myself that I have an overactive imagination and may be seeing things that really aren’t there. I don’t think so, though. There are too many good examples in my paper and in the VMS.

My main point is that, there being no, or few, other examples of such mnemonic devices (or even of hidden things and people) in manuscripts of the period, if the reader can agree with me that some number of my examples are possible, then the new genre of such images with hidden mnemonic devices can be considered as a real and possible thing. If the reader sees no probable birds, animals, people or things, then, of course, my ideas will ring false. If the reader does see one, a few, some, or many of the hidden things, birds, animals and people that I have tried to show, then maybe my ideas have some merit.

Remember, such things are not known to have existed in the period previous to this, so it is a, or the, early example.

I don’t think there is presently anywhere else any known group of mnemonic devices hidden in 15th Century or earlier period paintings, carvings, tapestries, manuscript art, pottery and so on.

The mnemonic devices in the VMS were almost all found only after I had figured out how to consistently deconstruct the words into component parts, what they are and what they mean, figured out that the nebuly line, when found on a plant stem image, leaf image or insect image, means that the stem or leaf or insect has a velvety feel to the touch (another mnemonic device), come up with the sounds/pronunciations of the glyphs and all the other things shown in my other papers about the VMS on academia.edu.

Mnemonic devices, when found in the VMS, seem to have been introduced to help the reader(s) of the strange glyph words remember exactly which herb is being written about. All that I have discovered about mnemonic devices in the images so far tends to buttress my other tentative findings. Mnemonic devices thus act as a check that my other ideas are correct or possibly so. They were not an early discovery or help, rather one of the last things in my research to be seen and understood.

People have been trying understand the strange images in the VMS for over a century. Even with many people looking at the images, trying to figure them out, many of the mnemonic devices I have shown were completely unseen and unsuspected with nobody (even me, before two years ago) previously having a clue to their existence.

For someone to decide whether or not I have made the correct identifications of herbs from their mnemonic devices, they will probably have to wade through all my papers to try to understand my ideas. Sorry.

My post was meant only to demonstrate that mnemonic devices have apparently been used for at least six centuries or so to get their ideas across, if you or any of your readers were interested in their history.

Whether they are good enough likenesses, or if there are enough of them, to be convincing, is up to the individual reader.

I challenge anyone to come up with a better reason that the VMS images look so strange that is supported by the images themselves in a reasonable, intelligent and meaningful way.

I try to support my proposed solution to the manuscript’s mysteries with plain thinking and lots of evidence.

I have just added a new paper about one of the mnemonic devices I think I have found in the Voynich Manuscript at:

An invitation to join Don Hoffmann's Session on Academia.edu.

You can find many of this in manuscripts…Illuminated or non-illuminated.
The Hand, Tree and Ladder images are quite prevalent but it’s difficult to find a book specializing in this area of memory images in manuscripts! I know, I’ve searched.

Raymond Llull or Lull’s manuscripts have the tree in them…If you can find facsimile copies on the Net.

I refer you to Brepol publishers book here:
The Tree: Symbol, Allegory, and Mnemonic Device in Medieval Art and Thought (International Medieval Research)
You can buy it on amazon.com…I’ve found no other compilation of Tree images in manuscripts insofar as memory is concerned which had an explanation to them.

Brepols is an academic book seller so it’s an expensive book.