For the last few years I’ve read quite a few books on the Stoics and I align with much of what they say. In the past year I’ve also been reading quite a bit on other philosophies as well as Buddhism and Spiritualism, with books such as the Tao Te Ching, some of Eckhart Tolle’s, The Untethered Soul and a few others. One thing I’ve realised is how similar the central theme of most of them are, which is what “Perennial Philosophy” is all about.
For anyone interested in dipping their toe into something such as Stoicism I’d recommend this book: 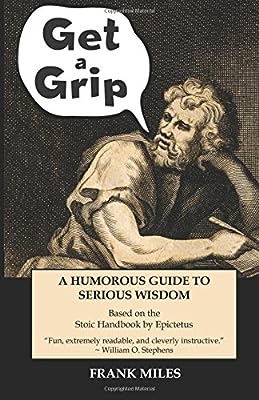 Get a Grip: A Humorous Look at Serious Wisdom Based on the Stoic Handbook by Epictetus

It covers the main aspects of Stoicism by using humour and does so superbly in my opinion as it makes it much more accessible to people put off by the thought of “philosophy”. It’s also pretty short and can be read in a few hours. A few months ago while on holiday a friend of mine picked up my copy and started to read it and he loved it and yet he’s been a little dismissive of philosophy previously. He enjoyed it so much after finishing it he immediately ordered 2 copies for his children who are in their twenties.

I studied philosophy (Master’s) and will do my PhD too, I guess. I mainly came from philosophy of language and would recommend the Philosophical Investigations by Wittgenstein to everybody interested in that domain. I find it entertaining even, though it is highly unconventional in its form. I work mainly about philosophy of memory at the moment, hence my active participation in memory sports. I can recommend Materie et Memoire by Bergson. It takes some patience I guess, not the easiest read, but a genius theory on how the perception of time is linked to matter and the memory.

I’m interested in philosophy because its like “meta everything”. How to think? How to argue? Morals? Is there a god? What is logic? How do I know? What is there to know, what type of knowledge is there? The answer to these question (should) build the basis of everything I do or think! That’s why I’m interested in philosophy, and that is also why I think philosophy, together with psychology, should be tought in schools

While I strongly agree with this, I find the issue with it is that there isn’t a true establishment of a meta everything in the subject as there should be.

Psychology for example, when I was much younger I met a psychologist they asked me to draw each of my parents on paper to demonstrate how I felt about my parents after they split. They then left the room and watched from a glass door to see what I would do while waiting with my other parent.

Since I drew my parents in colours black and red, they interpreted this as me being extremely stressed from the split. They went as far as to say that it was traumatising me from both sides of my family.
In truth, I wasn’t really stressed at all, I felt that red was a colour of ‘love’ rather than hate so I drew one of my parents which I liked more in red. Black I liked and disliked at the same time so It felt neutral and I drew my other parent in black.

Their interpretation went something along the lines of : for small children who’s parents split, there is usually stress. The child is using colours which are not positive or very bright, because they have negative emotions to the parents. Red is the colour of the devil and black is a very negative colour.

When they tried to confirm it with me (why did you…etc), I simply just didn’t answer because I was suspicious, being aware they were watching me from the glass window.

Similarly with philosophy or rather when I am reasoning there are occasional meta steps which I will take. Something along the lines of the answer can’t have anything to do with a consistent application of a pattern from the previous set of information because two of those sets of the exact same information or significant common parts of it do not have sufficient overlaps in their results. This reduces the scope of possible answers and is very helpful. I don’t find the entire theoretic of why and how and what for such meta processes in philosophy or any subject for that matter, (if there is such a subject/field/sub-field/book, please inform me).

While in truth, I believe it should be an established part of philosophy.

It is interesting to me that in addition to other classes, Aristotle and Plato seemed to agree that Geometry was a vital class for teaching their students how to think.

I must be stupid, I did alright in Algebra and almost failed Geometry.

This is definitely philosophical

Thanks for sharing this, made me smile

As people mentioned before Philosophy is pretty pretty broad. The broadest domain of human knowledge. In fact, every Wikipedia page can be traced back to the Philosophy page (Fun fact).

What kind of questions are you most interested in? What kind of ideas, or ideas about ideas fascinate you most?

I have a copy of Bertrand Russell’s Introduction to Mathematical Philosophy somewhere in the pile of things next to me, but I haven’t read it yet.

If you haven’t seen it yet, there is a thread where you can post the titles of mind-expanding books: What Are Your Favorite Books That Changed the Way You Think?

every Wikipedia page can be traced back to the Philosophy page

It’s a little off-topic, but people here might find this game entertaining:
https://www.thewikigame.com/

Too much time is spent on Geometry in the modern curriculums. This is a hang over from the days when education was a matter of learning the Classics. It’s useful but not to the extent it’s pursued.

Recently I got opportunity to listen to the course The Philosopher’s Toolkit on Audible. I found it very engaging and interesting. It gave me many tools to orient my thinking in day to day life.

They mention in early days all there was, was Philosophy and all learned people were Philosophers, then the specialties emerged.

With the small difference that the wheat not conscious at all about that process of domestication.
With all due respect, that idea sounds funny and intriguing, but i think it is only a fable to explain things, and nothing more, like a Gary Larson joke.
Unless I’m unaware of some other explanation in the book.

I recommend reading the book for the whole argument. It’s a very interesting idea.

He isn’t saying that wheat is conscious, but just describing a thought-provoking way of looking at the larger system that produced us.

Two books related to that idea that I’d also highly recommend are What Evolution Is and The Selfish Gene.

That looks interesting. I’m currently listening to some Great Courses lectures on free will to get an overview of the various arguments.

Check out this great listen on Audible.com. Do you make your own choices or have circumstances beyond your control already decided your destiny? For thousands of years, this question has intrigued and perplexed philosophers, scientists, and everyone...

Being. Truth. Beauty. Good. And the opposites.

Hi, Josh.
I have to recommend Heidegger but don’t just try to read Being and Time on your own. Listen to interviews and lectures from the late Hubert Dreyfus (RIP) or other secondary materials to support your studies. Here is an exciting interview:

Thanks, I’ll check it out.

Schopenhauer for he expressed some amazing insights in the art of living.

I think the idea is sound except for the anthropomorphism. It sounds like a teleological fallacy. But , there is no conscious direction in evolution even human evolution. It is reasonable to say that wheat adapted in a way that allowed them to benefit from human cultivation. The adaptation was the result of a random mutation that happened to succeed wildly because of the presence of humans. Perhaps the same mutation had appeared several times earlier and never enjoyed much success.

My favorite place for philosophy is at onlinephilosophyclub.com .

It can be hard to become a member there as they hold your first 20 posts for moderation or so but after that, it is great.

Speaking of Eastern/Indian philosophy. I like this guy called Nāgārjuna. He somehow negates everything and at the end of it all your not even left time nor even with a nothing. Related to him there is Chandrakirti who has a “sevenfold reasoning” to logically walk through any concept or thing to discover that somehow the concept relies on things outside of “itself” to exist.

Re stoicism. I enjoyed Handbook for New Stoics. It’s 52 weeks of little activities, which seems like a more useful method for applying the ideas in your life than just reading. Also, 52 makes it easy to memorize the book’s concept by attaching them to a deck of cards.