Human Echolocation and the Brain

Mapping the Brains of Human Echolocators

Vision and hearing are generally regarded as two very different senses. Unless, of course, you can echolocate. Now, scientists have revealed for the first time that human echolocators — blind individuals who navigate their surroundings by producing mouth clicks and listening to the returning echoes — actually process these sounds in the regions of the brain dedicated to interpreting visual stimuli.

Here is a video about how it works:

Here is a link to the study:
Neural Correlates of Natural Human Echolocation in Early and Late Blind Echolocation Experts

A small number of blind people are adept at echolocating silent objects simply by producing mouth clicks and listening to the returning echoes. Yet the neural architecture underlying this type of aid-free human echolocation has not been investigated. To tackle this question, we recruited echolocation experts, one early- and one late-blind, and measured functional brain activity in each of them while they listened to their own echolocation sounds.

When we compared brain activity for sounds that contained both clicks and the returning echoes with brain activity for control sounds that did not contain the echoes, but were otherwise acoustically matched, we found activity in calcarine cortex in both individuals. Importantly, for the same comparison, we did not observe a difference in activity in auditory cortex. In the early-blind, but not the late-blind participant, we also found that the calcarine activity was greater for echoes reflected from surfaces located in contralateral space. Finally, in both individuals, we found activation in middle temporal and nearby cortical regions when they listened to echoes reflected from moving targets.

These findings suggest that processing of click-echoes recruits brain regions typically devoted to vision rather than audition in both early and late blind echolocation experts.

That’s nothing when compared to seeing with one’s tongue.

It remains unclear whether the information is then transferred to the brain's visual cortex, where sight information is normally sent, or to its somatosensory cortex, where touch data from the tongue is interpreted, Wicab neuroscientist Aimee Arnoldussen says. "We don't know with certainty," she adds.

Now basing on Josh’s article here we can guess that the visual cortex replasticises itself to process the original taste signals.

Then, what would happen if the frontal (rational) lobe starts processing emotions of someone with a destroyed amygdala? A rational fear? Superhuman…

Nice discussion. All 5 senses are interconnected.

In blind individuals, a lack of visual processing stimuli, drives the existing visual cortex (V1 up to V8) to start doing something else.

So yes, in such cases, probably another sense (hearing, smell, touch or taste), starts to take hold there (in the visual cortex) and gets stronger. It’s not superhuman (imo), but a perfect example of the neuroplasticity of the brain.

And here’s a good small presentation (pdf) on the visual cortex. As you see, that visual cortex is a huge part of the rear brain. And in case of blind individuals that could also be filled with further auditory information, thus making ‘human echolocation’ a bit more likely. I remember a Youtube documentary about a blind boy with superhuman echolocation. The doc was called “The boy who sees without eyes”. Amazingly, he could skate and even play basketball, just by listening where and when the ball landed.

But hey. Even then, such amazing folks are still way far away from the super echolocating abilities of dolphins, whales, bats or other birds.

Then, what would happen if the frontal (rational) lobe starts processing emotions of someone with a destroyed amygdala? A rational fear? Superhuman...

While it isn’t from a disfuctional amygdala, in autism there is a thing like rational emotions. I mostly hear about that when it comes to the more positive emotions like love and happiness. I myself have never known love as the feeling, or happiness for that matter. I have the same addiction to a person as someone who is in love, but I don’t have the heavenly feeling others claim to have. When seeing my daughter smile, I love to see that, but I don’t feel anything. I smile in return, but that is nothing but a conditioned respons to situations in which I know I have to be happy. According to my psychology books though, those kinds of emotions have little to do with the amygdala.

But that being said, I have read a story about a woman who had no amydalas anymore. She became known as someone without fear, literally no fear. Though I am not sure to what degree age plays a role in that, to say something conclusive we’d need a kid without an amygdala, which would most likely have to be because of a birth defect (having none at all) or a surgery early in life. i don’t think anyone would get permission to just cut someones amygdala out for science xD

Jumpscare/surprise releases instant shock to subjects body (adrenaline…). It is useful, cause you now act quickly.
This shock comes with “fear”, if brain identifies the jumpscare causing object as “dangerous”. I see why fear is useful here, because evolutionally the spider/tiger/grizzly bear would be life threatening, and statistically the best thing to do would be running for your life. What I don’t understand though, is why some victims get so overwhelmed by the fear that their whole body freezes and they remain incapacitated until the terroriser strikes. Can somebody explain it to me?

Nowadays we have no tigers though, just humans. Stupid phobias have no use. Genetically engineer the humans in a way that the adrenaline shock remains (to act fast), but it doesn’t overwhelm your rational mind. Rather convert the shock effect into one’s mind boost to solve the situation creatively (manipulation, frighten back, search the surroundings for tools with a potential to become weapon, is running away the best outcome?).

What I don't understand though, is why some victims get so overwhelmed by the fear that their whole body freezes and they remain incapacitated until the terroriser strikes. Can somebody explain it to me?

Actually now that I contemplate on it, it seems perfectly logical to me (evolutionarily). First the primordial creatures had a few main instincts: search for food and copulate. Danger was not one of them, because we are talking of times where limbic systems didn't even exist yet. Then, carnivore beasts evolved, and started hunting poor herbivores. What did herbivores do? Develop basic amygdala for improving the chance of survival. What would logically be the easiest neural reflex to develop? The answer would be doing nothing. Basic shock takes over the motor reflexes and the herbivore's main program "move around to search for food!" is forcefully abrupted. If we the think about, it does increase the odds of survival significantly, because not moving means no waves in water expelled any more by the herbivore for the predator to sense. The "freezing" effect has remained, because silence is still somewhat useful.

But why do some remain frozen even when the predator strikes? I think there is a chance this really might be an example of evolution “malfunctioning”: it can’t rearrange its very first building blocks, just like the basic structure of cell has remained, and that all developing fetuses pass the forms of its evolutionary ancestors. It’s easier to add new building blocks to the existing wall than to break the building down and start a new one. Telling : “don’t freeze any more when you are going to be hit hard” would mean overcoming the strongest yet existing command (freeze!), a command which btw possibly also uses the benefits of “short-circuitry” (remain freezed!). It seems to me that the “Run!” command would have to be pretty damn strong. Achieving such a loud command would be difficult, and probably wouldn’t always work. And that’s why in some universes Arendelle remains frozen.

Correct me, evolutionists/neuroscientists, if I’m mistaken. 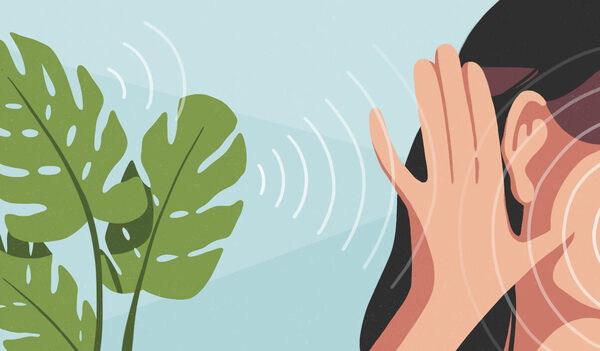 Teach Yourself to Echolocate

A beginner's guide to navigating with sound.

“Study confirms learning click-based echolocation can help those experiencing vision loss to maintain mobility while providing a sense of independence.” 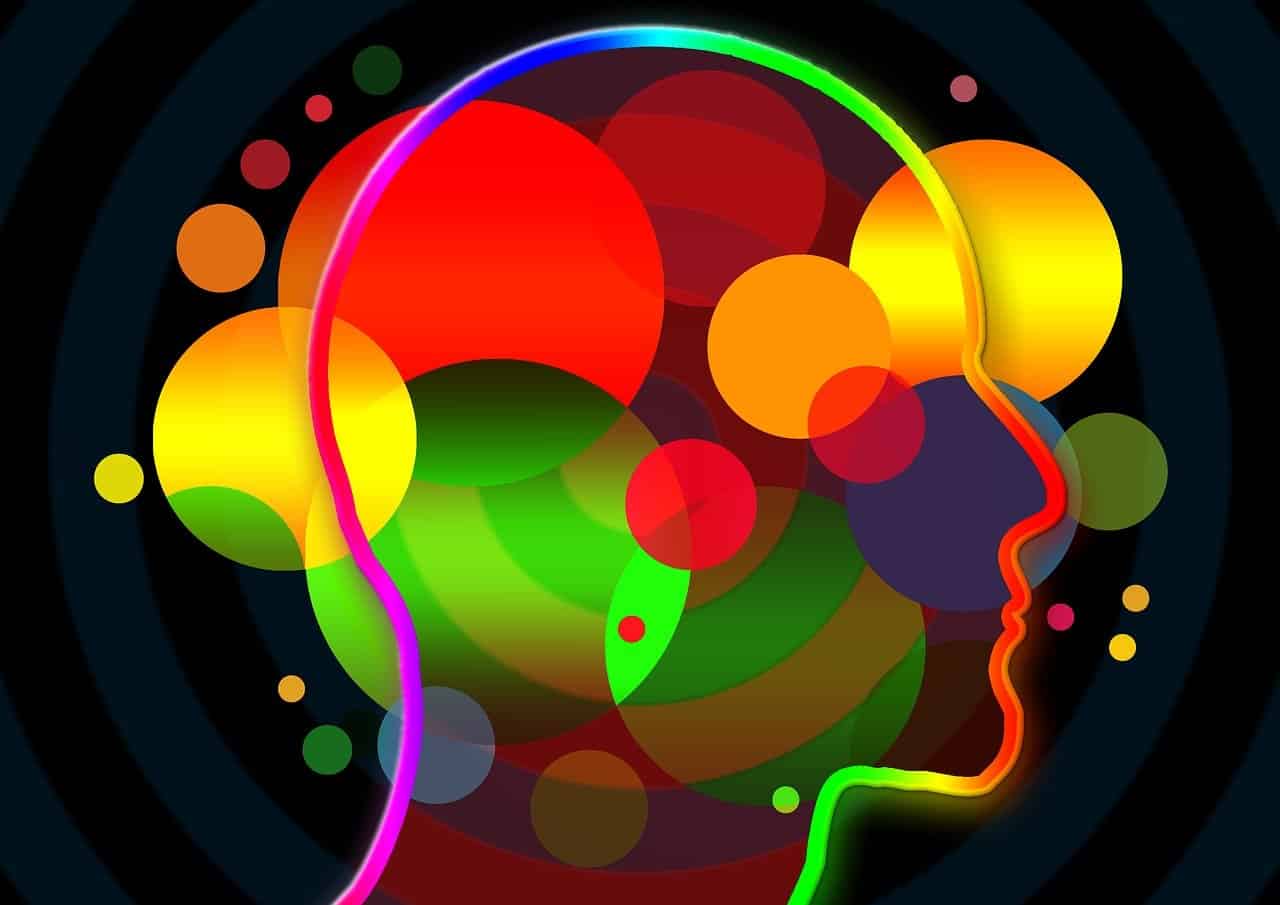 Can Echolocation Help Those With Vision Loss? - Neuroscience News

Study confirms learning click-based echolocation can help those experiencing vision loss to maintain mobility while providing a sense of independence.