Guys anyone can guide me how to make link of this . I have made link but I can’t recall it later 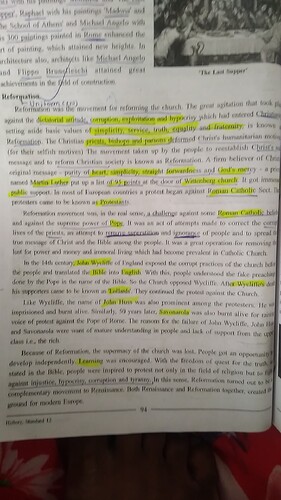 I have made link but I can’t recall it later

Well, what’s the link you made?

Helps if we can look at what you did in order to determine where you might have problems.

The highlights or the whole text? Depends on what you want to remember, and whats hard to recall.

How does any of that relate to what’s in the text? What’s the link?

Yeah, doesn’t sound like something you’ll remember. Okay though

Sorry there was auto correct that’s why height light portion added
I was asking for your link?

Sorry for the delay, I gave it a look, and as I can’t tell whether you want to remember the highlights or the complete story, I’ll just assume it’s the whole story.

On looking at it, it appears that there are a lot of facts to recall which can’t be put into a few images (or perhaps I don’t have the skill).

So I chose to weave them up into a story. I broke them into sentences and here’s what I came up with:

1st sentence .A group of people set up a secret meeting in the night, discussing how there where going to reform the church.

2nd;Their result; they splited into two groups, one group to attack with hot lava stones (agitation against) Dictator rick and judge (there’s a book called incorruptible judge) who were busy laughing and telling stories about how they were screwing the people, and the other to attack the fat hypocrite (who comes to my mind when I think of hypocrite) was busy exploiting the peoples minerals. After arranging them (Nigerian slang for a mob beating up a person or two), they took them into the church (i.e. that entered the christianity)

3rd;Inside the church were three rulers:

Steve Covey (Simplicity was one of his principles)

Truth (Covenant leader from Halo) and

The rulers then sentenced them (Rick and co) to be Reformed (P.S I imagine them hitting the hammer). Which make the people jubilate, but suddenly, they begin to hear strange sounds at the back of the church??? (see how I connect them?)

4th;They all open the door to find (P.S huge gasp as this point)

The priest, bishop and (Jim) Parsons disfiguring Christ statue that carried instead of the cross, a motor with humans on its back (humanitarian motives). So they along with the previous criminals were sentenced to reform.

5th;The reform sentence made them to be passing around letters (messages) of Christ in order to reform the Christian society they had corrupted.

6th;Whenever anyone opened the letter, it reveal a heart as pure and shiny as anything you could think of, out of it came Steven Covey (simplicity), who’ll then show them the path straight forward to God’s Mercy.

7th;Inside the path was Martin finally putting the list that took his 95 long years to write (exegerration is good), this lead to worldwide support especially around

8th;the Europeans countries, who were disturbed by people in their Roman catholic churches, and those were the protestants…………and so on

First of all, what took me a couple of minutes took a lot more time to write, so I hope you can see the link without me writing it out in details.

Second, it isn’t set on stone, if I needed it, I’ll probably go back revising it, adding more drama and making it more interesting, I’ll also try to include myself it the story (something I keep forgetting) and rework areas if I find I can’t recall the facts when trying to remember.

Thirdly, 2 tips. 1 is to recall the line or sentence while looking at the image in your head to enhance connection, I got this from @bateman’s QA thread with a then newbie. 2 is you can improve your imagination by learning from others, I always enjoy @mayyara’s stories and saw that Alex Mullen compress a lot into a single image. Sadly there isn’t one section where you’ll find how people use their imagination, you’ll have to go looking (though it might not be a bad idea to create one).

Finally, this is something that improves with time, you’ll see what works for you and refine your techniques as you progress.