How to apply memorization for learning Japanese

I was reading this forum for quite some time already with a very practical purpose: to find techniques that would help me with learning Japanese.

Below I will describe what I came up with so far.

After deciding on the approach above, I tried to implement it for some time and faced with a few issues:

I tried to find help in “Moonwalking with Einstein”, and found this: 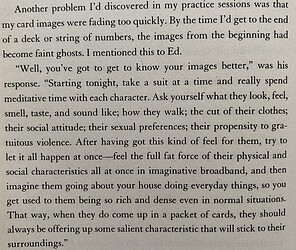 This might work, but I think they were training for speed, not long term retention of memories, so might be not applicable in this case.

Hey I am learning Japanese too!! Are you trying to learn how to speak and read/write Japanese? It seems that most of the problems are relating to the spelling of the symbols. What is your main goal with Japanese?

Also maybe we can stay in touch and practice Japanese with each other!

Hey @Parkouristx, Thanks for your reply.
I am trying to learn everything: reading, writing, speaking and listening. However my main goal is to be able to read since I need this skill in my daily life: reading news, using Japanese websites, reading manga and books, etc.

I cannot promise practicing Japanese with each other since I do not have much free time after work, but we certainly could stay in touch!