Finally I memorized 60 digits in ML😘😘😘

@Rajadodve786 Excellent work. You’ll be upwards even more in no time.

Thank you for your kind reply.
It is nice to know that my work is getting recognized and people are appreciating it.

Finally, today I memorized 70 digits and reached in level 10.
And my next target is fast memorizing. 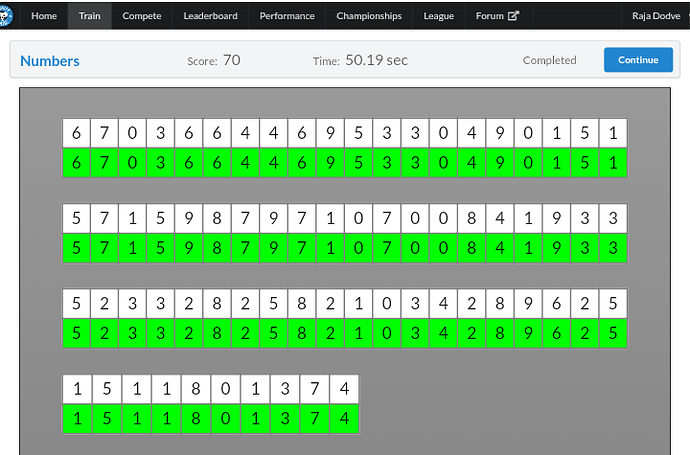 How much training did it take to you to come att this result?
Good job!

I achieved this record in almost 3 weaks training.

hi
I just got acquainted with memory castles and i want to know how to memorize digits and use which technique??? please help

In my opinion there 6 system you have to adopt for memorizing numbers.

The difficulty level of above system are

And if you want to build your major system .
First made your first 00 to 99 pegs in major system.

Use only single image for number .

Example - 23 is always Nemo etc
By which your speed is increased.

Have you seen the free ebook?

How to Memorize Numbers - Art of Memory Blog

I made a quick video that provides an introduction on how to memorize numbers. The main purpose of the video is to introduce some common number memorization systems and explain the difference between image generation and image placement. Image...