Hey guys I always had this question how fast can you type. I always thought that typing was like the main thing at school I can type 30 word in 60 sec.

Just keep practicing. I can type anywhere from 80-90 words per minute. My goal is 120

Speech to text program and stenotype are indeed very useful to some extent. Especially the former, which enable us to communicate easier without much efforts in our day to day life. But they are lacking of something important: Universality.
.
Speech to text programs are designed to handle daily communication, while the function of stenotype is writing in shorthand or taking dictation, usually for recording speech.
.
But for some more precise work like programming, writing formal documents et cetera, they don’t serves well. Even if they finish those works at last, they would probably spend much more time than keyboard typing. Not to mention that those speech to text programs and the kernel of stenotype are probably also written by keyboard, just like most of the other programs. That is still true, and probably will be true for many years to come(Though I will keep an open mind toward new stuff, maybe one day we could use brain wave to transmit information to electronic devices, or the speech conversion technology becomes more sophisticated etc.).
.
So that’s it. I think no matter speech conversion programs, stenotype or keyboard typing, they complement each other and I don’t think any one of them is superior.
.
And for lots of people it’s just about the joy of typing or that makes them feels good. There’s a skill, and more importantly, an ART to it.

Thank you for the info!

Steno is particularly useful as it allows you to type quicker than you can speak. However, many keyboards can’t do the multi button touches required for it.

Qwerty can be useful for creating mnemonics.

But discussing utility is offtopic. Not a habit we really want to get into too much here where people memorize massive strings of numbers for no immediate reason.

Typing is taught via touch typing. That’s your search term: touch typing.
Breaking habits isn’t easy. As a start, you need to get those index fingers on those 2 keys with the bumps.

I can only do 50WPM because I find it hard to break the habit of moving my hands around. For example, I use my right hand for FT and also TH in THE. This is fast at first but it’s slow to get back to the neutral position for another word like ITS.

If you want to type faster there’s no need, there are speech to text programs

I used to use speech-to-text because of hand injuries. (For a time, parts of this site were built by speech-to-text software and dictating vim commands to someone else who would press the keys.)

Speech-to-text is great, but some drawbacks are that it doesn’t work well for coding (though it’s getting easier now), and if there is too much background noise or if you’re in public (like typing at a cafe, library, in class, or in an office) you have to go back to typing by hand. There are many jobs that require good typing skills, so it’s still a good idea to learn it.

There are many jobs that require good typing skills, so it’s still a good idea to learn it.

What I mean… it takes a weekend to go from not being able to do it to being able to solve it… and that’s without spending endless hours on it. Another week or two with no more than a handful of solves a day and you’re probably under one minute and… seriously, that’s good enough… who cares about people not being competitive at competition if they don’t get to anything under 10 seconds (…and don’t look up the world records for solving a 3x3 if you don’t know).

So learn how touch type to improve your accuracy and whatnot but don’t go all overboard trying to impress anybody with your WPM… unless of course you want a job that actually requires that KPI as part of the job description.

Speech-to-text is great, but some drawbacks are that it doesn’t work well for coding

True, but also depends on the language you are writing in. Pascal uses BEGIN and END instead of curly braces like C++ or Java would; but who writes in Pascal?

It depends on the language of your keyboard though… the very simple “<” and “>” (at least on a US keyboard) becomes rather frustrating on a German keyboard for example.

And for lots of people it’s just about the joy of typing or that makes them feels good. There’s a skill, and more importantly, an ART to it.

but that’s a different story. For the majority though it holds true that…

If you want to type faster there’s no need, there are speech to text programs

Now, I remember when Dragon Naturally Speaking came out in the 90s and how you’d have to speak quite slowly and monotonous to get any decent results… let alone you needed major processing power for back then.

Today, just speak into your iPhone… seriously, we’re far removed from “call home” and the thing confirms “calling xyz-something-funny”. I usually write email drafts by speech and then touch up by using the keyboard. Why not use both.

ascal uses BEGIN and END instead of curly braces like C++ or Java would;

It’s possible to extend Dragon NaturallySpeaking with Python, so you can make up words that output any kind of syntax. There’s a demo in this YouTube video. I never got it to that level though. The technology is probably better now.

Edit: here’s a link to one of the libraries: 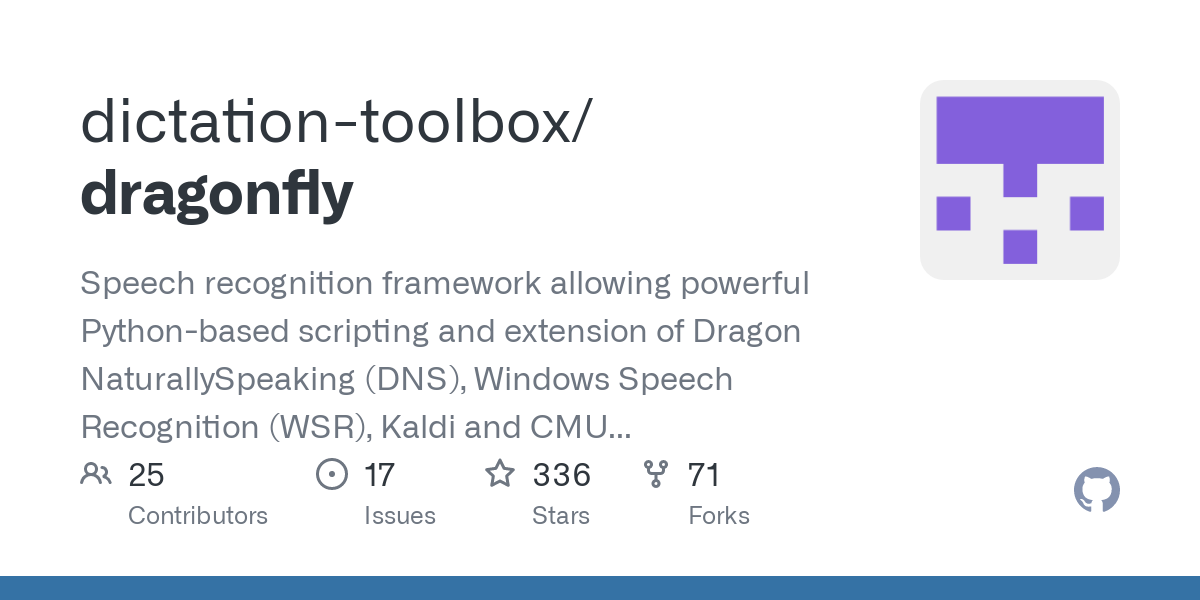 The technology is probably better now.

Didn’t even know they were still around… I’m not sure exactly but I think it was mid 90s that I saw them for the time and it was very impressive. I mean Jurassic Park and Terminator 2 just did their bit in terms of SFX… light years ahead compared to all that stop motion stuff we had before. And the same was true for Dragon.

But when you compare this to today… the next iOS can ORC straight of a picture or what you point your camera at and then you can just click on “translate” from there. Same for text-to-speech and also in terms of accessibility for people that can’t use keyboards or mice or the visually impaired.

I mean what is speech to text these days? Tap the microphone next to your spacebar on your iPhone, speak naturally, and done. Of course that has nothing to do with writing code… but considering your average author… painful do write a manuscript by hand… maybe better with a typewriter (especially and electronic one), editing without white-out on a computer, yay… but this basically eliminates your secretary that used to type your speech recorder memos.

I had similar experience to Josh, I couldn’t use my hand for over a year so doing everything with speech to text.

Dragon Naturally Speaking I was using a few years ago like the newer version at the time but it was still dogshit. It’s still one of the most popular programs on PC afaik.

Dragon just made a lot of mistakes and correcting them was annoying, speaking slow was annoying etc etc like I can type faster than I can recite something in Dragon. The Microsoft one only worked on W10 and I don’t even think it was that good, Googles thing only works on google docs. Windows 7 or Linux I need different programs. How do I type in full screen games, finance, coding, certain web pages. There was always some issue. With how I use a computer it was just a bad experience.