Curious about this phenomenon

Sometimes I feel the need to remember the name of a famous person or the name of a song. And because I am absolutely convinced that I know it, I don’t automatically google it. However, when I can’t remember within a minute or so the desired information I resort to using google. Very often the information comes to me just before I have typed enough for google to give me what I was looking for.

Like for example I was wondering who the first riverdance female lead dancer is while driving home from work. It simply would not come to me, but as soon as I typed riverdance in google the name Jean Butler popped into my head and it was not on the screen yet.

Is there anyone who has a good explanation fotr this?

One explanation that I got, which might have been changed since, is that it is your brain’s way of keeping things organized. It presents you with so many answers that are near the one you need (neurologically), that it blocks the paths to the answer you are looking for.

When you google it, you remove some of the activated paths and focusses your brain on one path. This then allows for the brain to continue to the neurons and thus the memory it needs

What @Mayarra said is true.

It is called Presque vu.

And it can even happen to multiple people at the same time. Let’s say you and your friends can’t recall a certain name then nobody will remember the name until it either gets found online or the subject is changed or someone new enters the room who does know the name.

Another type of vu is Jamais vu.
Jamais vu occurs when something that should be familiar suddenly seems strange. Say a word 100 times, the word starts to feel strange even though you know what it is.

I’ve noticed that when I am “searching” for something and can’t find it, additional information really helps. (Yes, I know: That’s just logical.)

But it seems that the magic number is THREE. In most case, by the 3rd element of information, I’ve got the answer that I’m looking for.

For example, my wife & I were watching TV. A rather obscure actor comes onto the screen. We both see his face and feel that we know him from something. That’s the first piece of information:

My wife says that he always plays a bad guy in a crime show.
2. Crime show bad guy

Usually one of us will get it at this point but perhaps it takes a 4th or 5th piece of information.

I conclude that recall is a lot like the Six Degrees of Kevin Bacon. game.

There are many possible explanations in psychology. I found one part which seems relevant to your topic.

One can trigger false memories by presenting subjects with a continuous list of words. When subjects were presented with a second version of the list and asked if the words had appeared on the previous list, they found that the subjects did not recognize the list correctly. When the words on the two lists were semantically related to each other (e.g. sleep/bed), it was more likely that the subjects did not remember the first list correctly and created false memories (Anisfeld & Knapp, 1963).[31]

You thought you had memorized it, but in fact, you just get the impression of the “stuff”. Then, when you are asked to elaborate on it, you can explain the thing at a low level of understanding. Just like I can remember the singer’s face, but what the heck is his/her name? Or you learnt a formula from an example and you do not do exercise. In the exam, I should know how to use the equation, but I can’t apply it no matter how hard you think of it.

Just joined this interesting forum to get ideas on how to get a better memory.
What works for me is to link 2 sides of the coin (what you’re trying to remember) with a Funny/Weird/Unusual Picture.

And once you have created this Memorable-To-You Picture, the thing you’re trying to remember is actually impossible to forget.

An example - The Book - One flew over the Cuckoo’s Nest - Author - Ken Kesey.
What pic would you use to remember that forever?

What pic would you use to remember that forever?

I don’t know this pic useful for everyone but this is the pic came in my mind first when I read the author’s name.

Author - Can Kesey (Can Kissy

Here book - One flew over the cuckoo’s nest.

Link - By kissy can One man flew over the cuckoo’s nest.
(I just linked them , I am not too good on creating interesting stories.)
Here is my complete story - One day , a strange man is going to home and in the path he kicked a can.
But here is the turning point , the can he kicked actually a magical

Can. After kicking the can he teleported in horrible forest as his first place.

He heard a sound that if you wanna go from this place than you have to complete all the task inside this world.
The kissy can you kicked now is your helping tool. Nobody knows about their power and it is the only 1 in the entire world and for your information there are 3 more tools similar like this already sent in outside world.
And then sound gone.

And he angrily picked up the kissy can and walking around for finding a path so he can go home.

Suddenly he stopped, a giant cuckoo is carrying glittering egg and moving around. And then cuckoo puts the egg in the nest and sleep over the nest.

and again He hears a sound but this time the sound is very beautiful and charming through his kissy can.
Kissy can’s says , you have to climb the tree and pick the egg that is glittering (the eggs has the ability to flying when you picked the egg then put egg in this can then you will able to fly after saying fly fly fly.

He silently moving through the bushes and reached to the tree and slowly-slowly climbing the tree
10 min passes and when he touch the twig
The twig is vanished and he fall but he managed.
And when he turned back he saw a black spots on the tree when he touched the black spots he teleported to the top of tree (not exactly top) and he suddenly think what happened just. But he says in mind this isn’t the time for thinking I have to climb the tree.
62 min passes and he reached managed to reach to the top.
When he trying to touch the egg cuckoo attack’s him.
He dodged the attack 3 times brokes some leaves and threw to cuckoo’s birds and fastly running towards the nest and touched the egg. After that he fastly insert the egg in kissy can and loudly said fly fly fly.*

This is the story of one man flew over the cuckoo’s nest with the help of can kissy.

Here is the kissy can - 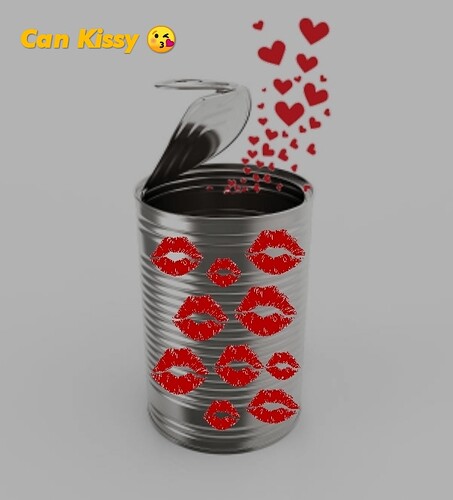 I think this topics became very big so i will post the rest of the things later when I got some time.

This is just the beginning
Ready for next journey - Great notion city and kissy can’s garage (in the city) where we cover all Kesey’s books.

Do you prefer something like this , I created this 2 years ago when I was preparing for exams.
I just remembered this strange line all of a sudden maybe because I was trying very hard that time to remember this.

Hi Raja
Yes that’s a great way to remember Shakespeare plays!
I shall try that.
Any luck with the 5 Books/Authors I asked you to make ‘funny’ Pictures for?
Thanks
Pierre