Sometimes I test some new approaches to deal with memory palace. Usually my main goal is to compress content as much as possible if we are talking about complex subjects such as medicine / law. I am familiar with Gavino’s approach and I wanted to do some tests by myself.

In order to create a good memory palace from a subject it’s good to make a summary first. So let’s take an easy example. Imagine that we have to learn about Windows OS. Knowledge is following:

Microsoft Windows, commonly referred to as Windows, is a group of several proprietary graphical operating system families, all of which are developed and marketed by Microsoft. Each family caters to a certain sector of the computing industry. [in accordance to Wikipedia]

Ok so we may summarize by listing information like this:

Ok so we have to remember these 4 parts of information, right? If we would follow basic route of creating memory palace we would use 4 stations such as door, chair, mirror, rug, etc. What if instead we may use the link to the first information as the whole station? And my favorite type of link generally is a character so for example in this case it may be Bill Gates - maybe even flying on the window.

And now as we have our station already - we may link other parts of information to this particular loci of Bill Gates! For instance:

Okay, I hope you got my point. Basically, I’ve came up with an idea to treat the first image related to our subject as the whole memory palace. Furthermore, we may use this Bill Gates picture as one of the stations in our flat and in that way we may follow something similar to Gavino’s strategy I guess. 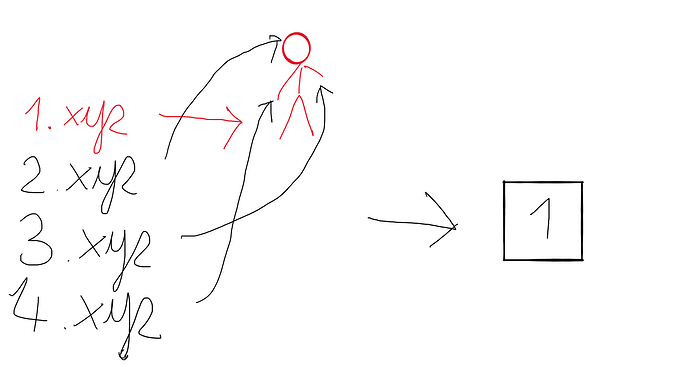 I just wanted to share it with you, guys. I still need to test it but I know how many problems memory palace may cause in terms of compressing so it’s always good to talk loudly about such ideas.

Have a good day!
Maciej

I also had an idea of compressing Memory Palaces but in my idea (Ex-In a house I compressed 4 walls into 1 wall because their colour was the same and they all had the same shape and the human brain compresses images in the same way or by using a similar method,

And I have compressed your images using the idea which I had before a few months on compressing images in Mind Palaces the way the brain does, Note that these images are only imagined -

Thanks a lot for your interesting idea. I would like to see more cases with it so I hope that one day you will share here something.

So basically you try to implement as much minimalism as possible? Bill Gates is the only main picture you needed here. What if you have more information tho?