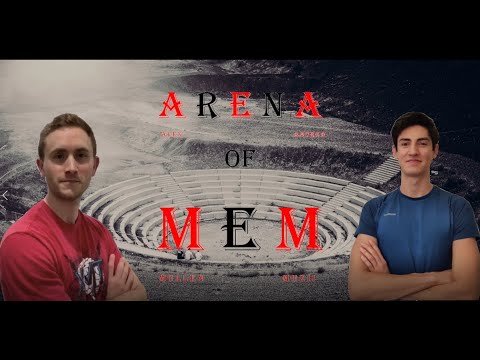 This is one of the best Intros I have ever seen! I watched it 3 times, and will probably watch it a few more times before the 15th. Fantastic Job!

It’s one of those events where you just can’t pick the winner.

This will be The Match Of The Century!

can’t wait to watch this!!!

I am so excited to watch this.

Thank you everyone. It would be cool if you can share this as wide as possible

Huh, I didn’t know that Johannes had a YouTube channel, let alone a Twitch channel. When I have time to myself, I’m definitely going to look through it. I’m sure the videos have a wealth of resources and knowledge in them.

UPDATE: The press conference will be held on August 9th at 3pm UTC/GMT on MemorysportsTV. If you want to create content (article/video/post) on your own channels prior to the match, you are invited to request a spot as a “Memory Sports Journalist”. You will have the chance to ask questions to the competitors and organizers. Also, you will get the possibility to mention your own platforms, in a reasonable way, and to spread Memory Sports in general. If you are interested, please write to [email protected]

This is so cool. Thank you for making this happen

Welcome and please don’t hesitate to share the link

Does anyone know exactly what time this will start on the 15 Aug?
And at what time-zone?

I don’t want to miss it.

@Hannes can you explain the format for the match?

I was on vacation for a few days. Will give you all daily updates from tomorrow onwards, including the format of the match etc.

Who ever thought I would be geeking out over people competing for memory? Yet here I am.

“The last call, if you are going to create content on the Alex Mullen vs. Andrea Muzii Match, you are invited to be part of the press conference on Sunday, August 9th, 3 pm UTC. Ask your questions and be part of the show. Contact me via [email protected]”

Check out my new video for all the rules of the match. The first 8 minutes are rather for total beginners, so if you basically know how Memory League works you can skip that part. 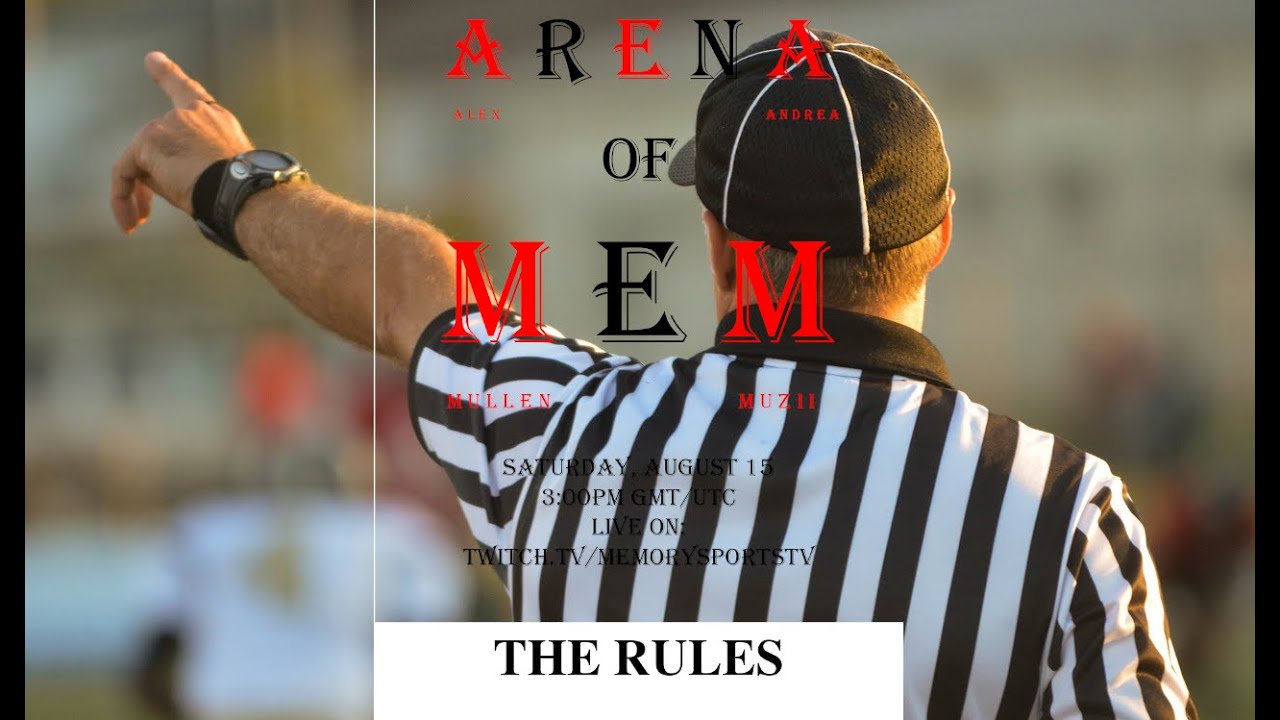 Just a reminder that the Andrea/Alex match is starting in less than 2 hours!

You can watch it live at https://www.twitch.tv/memorysportstv - also check out Johannes’ awesome trailer at https://www.youtube.com/watch?v=shAup0JGBkc if you haven’t already seen it!

The links are also on the Memory League home page (https://memoryleague.com).

Let’s get ready to rumble!

The Top Two Heavyweights Of Memory Athletes Had Finally Met!
And the winner is…

It’s been an amazing day watching Alex vs Andrea for the Memory-Match Of The Century!

Andrea’s and Alex’s records speaks for itself. I simply could not pick the winner.

When I watched the interview, it seemed as if Alex was not sure if he was capable of winning as he was saying “I am prepared to lose, but I’ll give it my best shot”.

Andrea on the other hand was so confident and had a lot of enthusiasm, and was so much looking forward to this match.

Great Sportsmanship. Both complementing each other on their talents and their achievements which was so nice to hear. I recall Andrea saying about a technique that he learned from Alex which was to go faster.

Alex’s method was to, not only go fast, but also making sure it’s accurate. He says that he prefers to go a little slower than usual and making sure he gets them all correct as much as he can.

Andrea’s method to my surprise was different. In fact it was the opposite. His method was not the accuracy, but only the speed! And yet, he was not only fast but also very accurate!

Almost all games were very close. But one that I will remember for a long time were the Numbers game.

Andrea beat Alex on the first Number game. 11.52s against 13.68s.
Alex completed the recall and got all 80 digits correctly. Andrea was struggling, he memorised 80 digits in just 11.52s. He had three gaps to fill, he even had the gaps the other way round, instead of 159 on the first gap, he placed it on the second gap which was 491, and he was trying to recall the third one. Timer was counting down fast, Andrea did not have much time to correct all three gaps. And then the magic happened! Just as we all thought Alex won this game because there were only a few seconds left, Andrea attacked the gaps again, and remembered and corrected them all! This was epic!

It was so exciting to watch the rest of the games. Incase you missed this match, it’s been recorded by Johannes on his Twitch channel “memorysportstv”

Andrea and Alex were as good as each other. If they have a re-match someday, I still would not be able to pick the winner.
But there had to be a winner today.

The winner is Alex Mullen!
Congratulations!