Hi all, might have just started out here, but i am determine to make a 3 card system. Anyone care to join in here?

I have been reading some papers on 2 card systems and most importantly - the SHADOW SYSTEM!
I was thinking somehow getting it to17k or 8k images. The combination can be 4131313 or 131306
Anyone has any thoughts here?
I am also thinking about maybe a shadow 4 digit system will help too where the first 5 digit of the numbers you keep on making story with, and the last 5 digit you just start skipping. 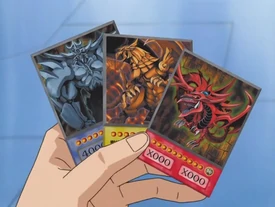 Anyone has any thoughts here?

I was thinking how seeing the images standing in different dimension lines like standing on left or right side wall or the ceiling would help me half it 3 times. Then with shadow, it will be 4 times. So:

now this will be based on reading the first card and then the last two card in shadow system. I don’t know if I can explain it properly but its like using your 3 digit system to make a 4 digit system, rather then making a new one for 0000 you use 000 - scissors and add 0 which is see so you get see scissors, I will just have eyeball scissors.

This will go for the 3 card system the 0.5 in the final images comes from halving 13 which is 6.5. but it will be like reading a maximum estimation of 7 sounds for the first card with the suits determining to skip or not or to have images stay on different wall sides, and then the final two card you would need to use shadow system and mix it with the first card’s sound. Will be annoying but 7,8,9,10,J,Q,K is the candidate to determine the skip for me rather then the suits here.

The purpose of card systems is both speed and strength of recall.

Speed, to get through it in the time limit.

Strength, to reduce the cognitive load in forming the imagery with enough impact.

There’s a trade-off between the two.

With a high amount of images, you need more practice for speed of recall in the moment. The more images, the greater the amount of work to get them to be fast enough and distinct enough. I may be wrong - 3 even 4 digit numbers can be done that way, and I think 3 cards is only a little more complex than a 4 digit value, so maybe.

The recognition factor is another aspect: seeing one card and knowing what it’s linked with is simple, seeing two cards and knowing is slightly slower, but because it’s half the number of images to encode, it can make up the time used.

With three cards, I think the recognition time for the linked image would be significantly slower, probably making it about the same pace as a 2 card system at best. This would slow encoding rate, but it might make review in long memorisation comparatively quicker.

So with the extreme amount of distinct but easy to recall and use images needed (a major hurdle to set up, let alone memorise for speed), combined with the increased recognition speed for three cards, I think you’d need an amazing system and at best over five years of solid practice to make this work more effectively than a two card system - and even then, I think the gains would only be significant in longer card memorisation feats rather than rapidly memorising one deck, due to more rapid reviewing speeds.

It’s not impossible, but for the effort required I can’t see it being worthwhile, except once established for potentially breaking the record for number of decks memorised in a given time, which makes it very specialised.

I was thinking how seeing the images standing in different dimension lines like standing on left or right side wall or the ceiling would help me half it 3 times. Then with shadow, it will be 4 times. So:

132600 images. Shadow halves them, definitely. But position left/right halves once, and position top/bottom halves once.

Am I missing something?

(Front/back would give another halving, technically)

Two-cards system is more than enough to achieve success in this sport. It even can be done with one card.

There is also on the ceiling of the walls here. Anyways, I will be making my 4 digit system, I had some motivation to stop at 3 digit system but seeing how so many generators have 3 digit systems already made, I am now motivated to use those generators to do a 4 digit system instead. Anyone care to join in is more than welcome, maybe we can start talking on Facebook in a group for this plan.

Hello all, just an update:

Here is the major system sound that the letter cards will be sounding when in first place:
K = h
Q and J will be like lance’s shadow system except you read the Q and J first and not second

I still can’t really explain this system the way that I have planned, any question is welcome.

Aha! That’s the bit I missed, I think. Thanks for that explanation!

I still think it might not be faster… but I hope you make it work, because it would be awesome and amazing.

Actually with the 4 sides of the wall, vertical and horizontal image splitting, shadow skip and front side or back side, you can theoretically make a 3 card system with an exact 2197 images

Just that the images will be hard to read